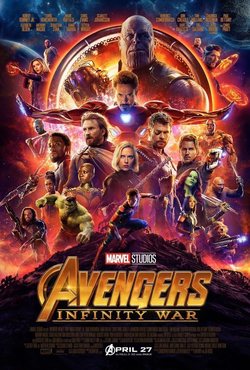 'Avengers: Infinity War' is the the nineteenth film in the Marvel Cinematic Universe and will be released in American film theaters next May 4th, 2018. It's situated four years after the events of 'Guardians of the Galaxy Vol. 2', and after the Avengers' separation in the events of 'Capitan America: Civil War'. When Thanos (a new enemy) arrives on Earth wanting to collect the Infinity Stones in order to control the reality at his will, the Avengers must join forces with the Guardians of the Galaxy to try to stop him and save the planet from a very possible destruction. The film is directed by the brothers Anthony and Joe Russo and the screen writers are Christopher Markus and Stephen McFeely. Robert Downey Jr. (Iron Man), Mark Ruffalo (Hulk), Tom Hiddleston (Loki), Chris Evans (Capitan America), Chris Hemsworth (Thor) and Jeremy Renner (Hawkeye), among many other, will come back staring the leading roles. On the other hand, Josh Brolin will perform the role of Thanos. Hide full plot... Show full plot 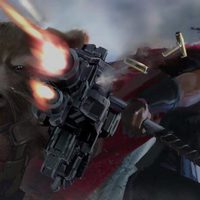 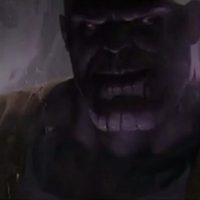 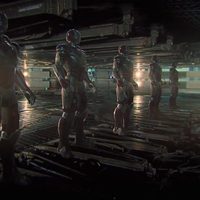 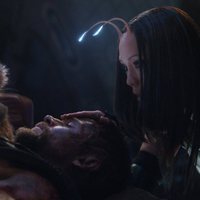 This movie sets the 10th anniversary of the Marvel Cinematic Universe. IMAX has declared that this movie and its second part, being recorded exclusively with IMAX 2-D digital cameras, will be the first non-documentary movies to be entirely shot with IMAX cameras. The Russo brothers, directors of this movie and its second part, have assured that they will change their names ('Avengers: Infinity War - Part 1' and 'Avengers: Infinity War - Part 2') to make them completely separate movies.