As Marvel's first ever female superhero to be given her own standalone film, 'Captain Marvel' is a long overdue breath of fresh air after years of male-dominated action. Brie Larson embodies the character of Carol Danvers flawlessly, bringing all the energy and power that one could have hoped to see to this heroine. Written and directed by Anna Boden and Ryan Fleck, this is also the first Marvel blockbuster to feature a female director, showing the studios taking an extremely belated step in the right direction towards better representation. 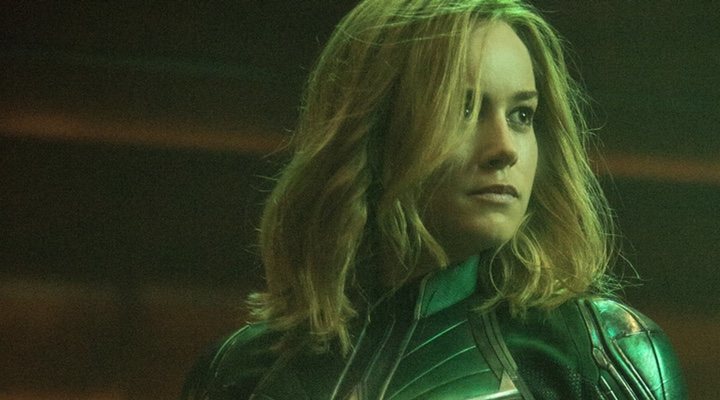 Set in the 90s, nearly twenty years before the main action in the Marvel Cinematic Universe begins (save 'Captain America: The First Avenger'), 'Captain Marvel' is full of Easter Eggs which hint to the chronologically later films. These nods to the rest of the MCU will not only delight fans, but also provide satisfying moments of insight into the early stages of S.H.I.E.L.D., the Avengers Initiative, and, best of all, the beloved leaders of the organisation, Nick Fury and Agent Coulson. The CGI technology used transform Samuel L. Jackson into a young man is impeccable (albeit a little unsettling), and had you not grown accustomed to seeing the wise face of the older Nick Fury, the use of computer enhancement would be untraceable. The film provides us with a fascinating insight into Fury as a younger man, evidently less experienced and less prudent than the savvy S.H.I.E.L.D boss that we know, but maintaining the same wit and sass that makes the character so iconic.

As well as deepening the audience's understanding of already beloved Marvel characters, 'Captain Marvel' also introduces us to some entirely new faces. The aliens-villains in this film are unfortunately a disappointing letdown after such epic Marvel antagonists like Thanos. The various plot twists surrounding the characters are, without revealing any key points, all fairly predictable, making these villains simply seem pretty underdeveloped and basic. While this type of antagonist would have fared well in a film that was actually made in the 90s, it makes a poor effort to live up to the standards that Marvel have now set for their villains nowadays. Furthermore, although the underlying themes of conflict alien racial conflict and displacement from home territory could have great potential to make some sort of obvious political commentary, the point is not quite developed enough to make a strong case. 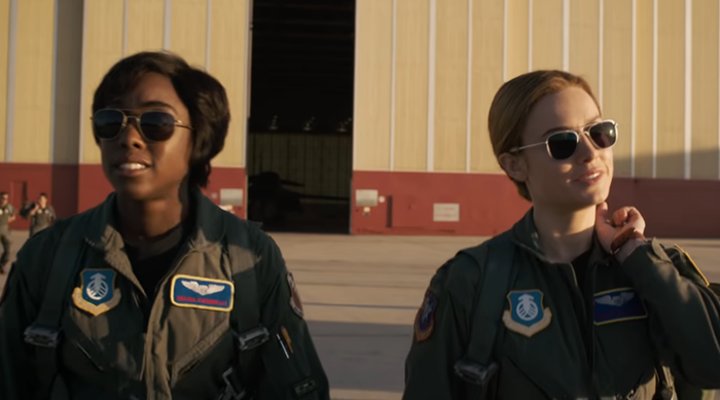 As far as characters go, Brie Larson is easily the best part of the entire feature, incarnating Carol Danvers with fire, emotion, and power. Larson's dedication to the role is evident and her performance is stunning. Captain Marvel is the super heroine that has been missing from the franchise for far too long, providing a strong, feisty, and compassionate female role model for young Marvel fans everywhere. The story of female friendship is also integral to the success of the film. Instead of the customary romantic love story, which has been relentlessly exhausted in these types of films, we are refreshingly presented with the reconciliation of a deep friendship between Danvers and her ex-colleague Maria (Lashana Lynch). The honest and heartwarming bond between the two women is a fantastic part of the film and the only shame is that Maria's story is not explored any further.

While Carol Danvers herself is not without flaws, being headstrong and impulsive, as a superhero, she appears to be completely unbeatable, which does not do the film any favours. With the ability to fly, breathe in outer-space, overpower anyone in combat, and blast lasers from her fists, Captain Marvel's excessive powers make her a slightly unconvincing superhero: she is a Superman without any obvious kryptonite. The slightly questionable writing unfortunately doesn't simply end with an overpowered protagonist; as well as the previously mentioned poorly developed villains, the storyline itself is rather basic and somewhat predictable, making for a disappointing step down from the phenomenal run Marvel had in 2018.

In terms of plot, 'Captain Marvel' doesn't follow the conventional structure of a superhero's debut, instead relying on flashbacks and time-jumps which successfully gives the film a refreshing element of interest. However, it also means that we do not get quite as much insight into the real Carol Danvers as we may otherwise have done, as for the first two thirds of the feature she doesn't even understand her identity herself. The plot twist which leads to her discovering her true identity is, as mentioned, rather predictable and does little to bring excitement to the plot. Perhaps before the great Marvel revolution 'Captain Marvel' would have been an emblematic hit, but with the increasingly complex and thought-provoking stories which have been produced by the studios over the past few years, the film feels slightly outdated, as if Boden and Fleck found themselves stuck in the 90s world of the film's setting. 'Captain Marvel' will inevitably be compared to last year's superhero debut, 'Black Panther', whose clear vision and cohesive story unfortunately outshines 'Captain Marvel's slightly stale storyline. 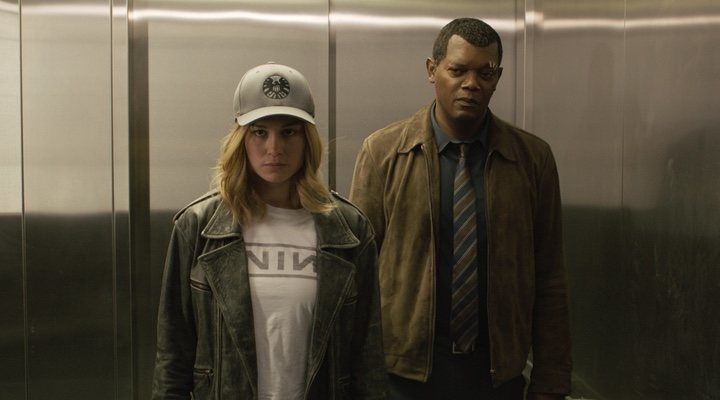 However, despite the limp plot, Larson's energy and passion as Carol Danvers is undeniably what rescues the film from disaster. The character's humour, drive, and chemistry with Fury and Maria, makes for an engaging and entertaining two hours: Larson is the real-life superhero who saves the film entirely and can be credited for all of its success. Of course, her adorable pet cat, Goose, must also be credited for a large proportion of the film's success. Goose is easily one of the most entertaining aspects of the film, providing comedy and cute-factor where the plot lacks drive, and instantly becoming an iconic Marvel mascot.

'Captain Marvel' is an unquestionably entertaining film, despite the general story feeling better suited to an older class of superhero films. It is only in light of the impeccably high standard of superhero cinema with which Marvel have spoiled us in recent years that this film disappoints, because as a character Captain Marvel is certainly one of the most interesting superheroes to come to the screen. Although Carol Danvers deserves a better film in which to tell her story, Brie Larson successfully carries the project to success.

The Best: Brie Larson and her powerful portrayal of Carol Danvers.

The Worst: The underdeveloped villain characters and predictability of the story.