'Friends': Jennifer Aniston promises fans that the cast are working on "something" (that is not a reboot)

This year marks the moment that 'Friends' will celebrate the 25th anniversary of its premiere in 1994. Even two and a half decades later, the sitcom remains one of television's most beloved series and continues to gain more and more fans and followers every day. It is precisely these fans that have spent years asking whether they can expect a reboot or a sequel to the iconic series, but such queries have always been shot down by the cast and creators alike. However, this time around, Jennifer Aniston has opened up about "something" that the cast is brewing up, without making clear exactly what is going on behind the scenes. 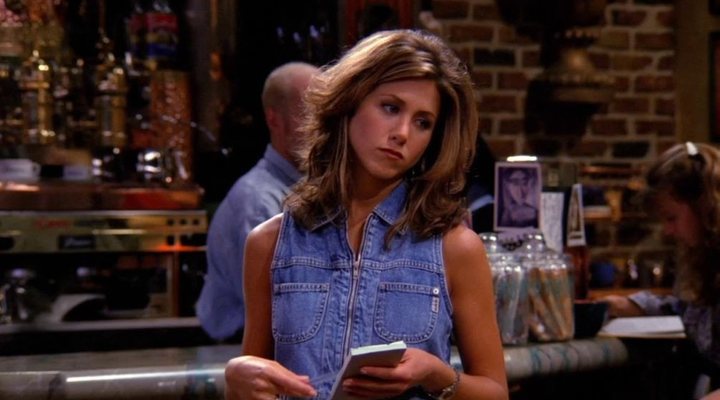 The actress appeared on the chat show hosted by Ellen DeGeneres where, as noted by Deadline, the actress was asked once again whether a 'Friends' reboot could be on the horizon. Before this, the answer had always been definitive: no. But the actress responsible for bringing Rachel Green alive on our screens surprised us all by clarifying that they were in fact preparing something. "We would love for there to be something, but we don't know what that something is. So we're just trying. We're working on something".

Aniston then responded to the host's sly questions about whether we can expect to see a 'Friends' film if a reboot is out of the question, Aniston evaded giving any clear answer: "We don't know. I don't know yet". What's more, the original cast of the series recently reunited, as we saw in Aniston's early days of Instagram, which has further fuelled the rumours about a possible project related to the series, although, according to the actress, the reunion only took place because "we miss each other and we all happened to be in the same part of the world".

The creators of the sitcom also recently denied any possibility of a reboot or a series reunion. Marta Kauffman stated: "One of the reasons we won't do a reunion is because this is a show about a time in your life when your friends are your family. And when you have a family, that changes. But the other reason is it's not going to beat what we did". It looks like we'll have to wait to find out what exactly is that "something" that Aniston claims to be working on, even if it's been made pretty clear that the chances of a reboot are low.

Whilst she continues to work on whatever it is she's got up her sleeve for the future of 'Friends', Aniston is also set to return to the small screen in her new series for Apple TV+, 'The Morning Show'. The drama, which centres on the production of a morning news programme, will arrive on the new platform on the 1st November and will see Aniston join forces with Reese Witherspoon and Steve Carell as they try to navigate the ins and outs, competition and drama of life behind behind the cameras.