The new and final season of 'Game of Thrones' has been divisive all around, but nothing has been quite so controversial as the last episode. Jon Snow's decision making, his cold farewell to Fantasma, and the tension building with Daenerys did not sit well with everyone. However, there was one part of the episode which united fans from all positions: why did Khaleesi bring Starbucks to a party with an open bar? 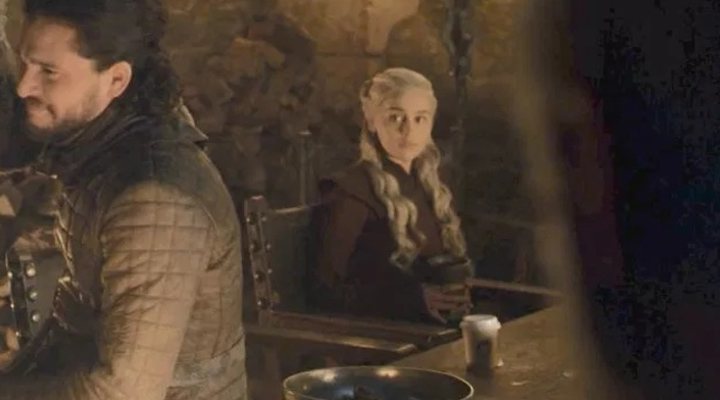 Jokes aside, it is hard to believe that a in work of this prestige, which hundreds of professionals help to create, they managed to overlook such an obvious detail. Furthermore, several people are hired specifically to ensure the continuity and quality of scenes. HBO have given no explanation as to how this error happened, did jokingly respond to the controversy on Twitter:

The latte that appeared in the episode was a mistake. #Daenerys had ordered an herbal tea. pic.twitter.com/ypowxGgQRl

The day after the episode was released, before providing this slight explanation on Twitter, the network silently corrected their mistake and erased the coffee mug from the take. This hilarious blooper is thus forever gone from HBO's platform... All they need to do now is erase the thousands of memes which exploded across social media. There is evident pressure which comes from being the most popular series of its time, and the internet will not easily forget this mistake.

Many fans have commented on the apparent sloppiness of the creation of this new season. Some have had the sense that the show's creators rushed through its making , and have criticised some of the most notable changes; critics have noted the way in which the once slow and detailed plot appears to have been exchanged for constant rapidity and movement, for example with Daenerys' speedy decision to attack King's Landing. Furthermore, characters' development seems to be moving at an accelerated speed, such as when Jon begged Sansa and Arya to keep his secret which is then revealed two scenes later.

We already know that the plot had to speed up due to directive (rather than creative) decisions, but this does not explain how the coffee cup managed to slip through the net. As well as demanding speed from the storyline, it seems that the production team was also under pressure to complete the series quickly. Only two episodes remain in this epic medieval adventure: do you think the victors will celebrate with wine, or perhaps a Coca Cola?