In life, one must always keep two goals at the forefront of their mind: to be happy, and to ensure that Keanu Reeves is happy, too. It is for this reason that we are delighted to announce that the 'John Wick' actor arrived at the LACMA Art + Film gala in Los Angeles hand in hand with artist Alexandra Grant. 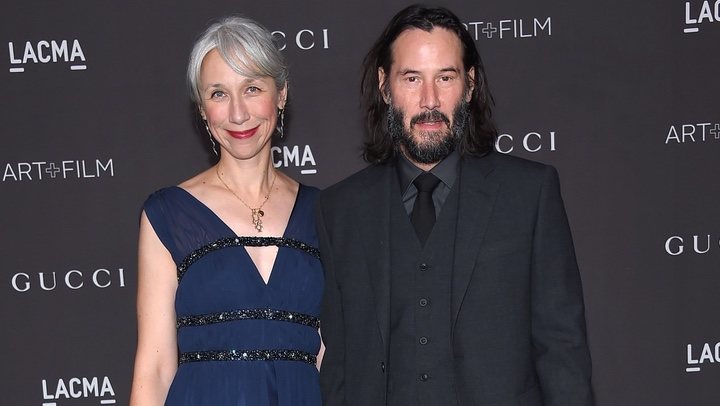 We don't now if she is his partner, if she is his "somebody special", or if they're simply the sort of close friends that hold hands at fancy galas, but judging by the photos, the actor appears to be very comfortable in the embrace of the artist. What we can confirm is that Reeves has known Grant for quite a while. In 2011, Grant illustrated a poetry collection titled 'Ode to Happiness' for Reeves, which the actor had written as a joke for his friend, Janey Bergam. "We didn't make the book to publish it. It was meant to put a big smile on our faces and make everyone laugh. Then someone said, 'I want five copies', and that's when the lightbulb went on," says Grant, who admits that the poetry collection was published somewhat by accident when he asked her to draw some illustrations to accompany the poems he'd prepared as a surprise for Bergam.

Since then, a beautiful friendship has blossomed between the two that led to a second collaborative project in 2016 under the title of 'Shadows'. In 'Shadows', Alexandra Grant set herself the task of photographing the shadows cast by Keanu Reeves during the filming of 'John Wick'. All of these curious little projects, on top of the huge quantity of book signings and photoshoots that Grant and Reeves have previously done together, suggest the love that Reeves has for Grant, whether platonic or romantic, is important enough for him to wish to proclaim it publicly.

Alexandra Grant takes photographs of Keanu Reeves' shadows and explores it as a metaphorhttps://t.co/hX9XRXrdVf pic.twitter.com/ZBtlUpyzoX

However intensely social media users are shipping the pair, it is highly improbable that the two will ever officially confirm their relationship. Although there were rumours a year ago about his potential relationship with the actress Jamie Clayton, the internet's beloved boyfriend has a tendency to avoid any discussion of his love life in the media.

Throughout his career, we have seen the actor alongside Charlize Theron, Winona Ryder and Martha Higareda, but the only relationship that Reeves officially announced under the media's gaze was the relationship he had during the 90s with Jennifer Syme.

The Puerto-Rican actress began her journey in the industry as Reeve's assistant, and in 1998 the nature of their personal relationship was confirmed when the announced that they were expecting a child together. Unfortunately, their daughter, Ava, was stillborn at the eight month mark of Syme's pregnancy. After this, the couple went their separate way as friends only for Jennifer Syme to pass away in a car accident eight months later. This tragedy has stayed with the actor ever since and he has admitted in several interviews that he considers the actress to be the love of his life.

We are overjoyed that the internet's favourite actor has such a special presence in his life, whether Grant is an old friend or a new flame. Though we still eagerly await news of the highly anticipated 'Matrix 4', at least we can all rest easy seeing Keanu Reeves happier than ever until then.