A poster for the upcoming film 'Tomb Raider' surfaced yesterday, and for the most part, it's a good one, showing off the type of adventures Alicia Vikander as the new Lara Croft will face. Despite this however, a lot of fans are left disappointed with the poor use of photoshop on the image which has left Vikander looking as though she has an abnormally long neck.

Several critics took to twitter to express their dislike. Why? Simply because the twittersphere loves to point out huge fails on the behalf of film studios, especially when it comes to promotional movie posters, it would appear. It was only last month that users were quick to point out the uncanny similarities between a poster for 'Shot Caller' and 'Snitch', whereby Nikolaj Costner-Waldau appeared to have magically acquired the same physical features as Dwayne Johnson in the latter title.

Somebody pointed out the weird photoshop neck in the Tomb Raider poster and now all I see is: pic.twitter.com/cKYID6dnR9

Many users, albeit it humorously, attempted to fix the problem. On a more serious note however, many believe it may not even be Vikander's body on the poster despite images surfacing which show the physical form the actress had to adopt in order to portray the daring archaeologist. 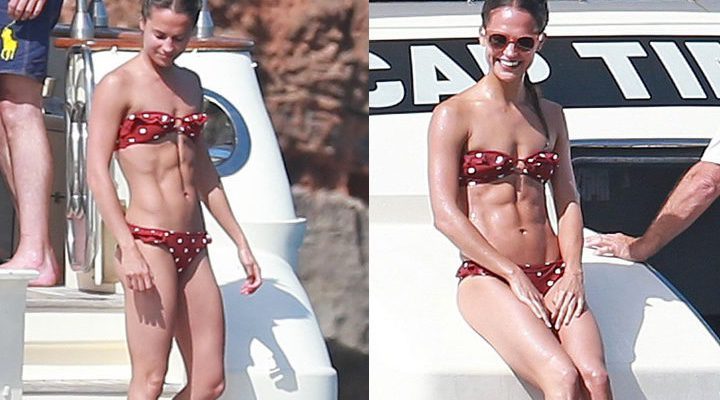 In an interview for NME, the actress mentioned how Croft is, "fierce, tough, curious, intelligent, but we've stripped away all of her experience. She hasn't gone on an adventure just yet. She thought he was a stuck up businessperson living in the modern youth culture of suburban London, but then this whole box of information. This is the beginning."