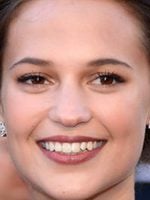 Actress Amanda Alicia Vikander began her career in Sweden, her native country, appearing on short films and TV series like 'Darkness of Truth' or 'Andra Avenyn'. Following her participation in this television success, she made her film debut giving life to Katarina, a young woman who tries to escape her horrible reality through music in the film 'Pure', for which she won the Guldbagge Award for Best Actress . After this first cinema role in 2009, she began to gain prominence internationally with her role in the film by Joe Wright 'Anna Karenina' and her performance in the film, nominated for an Oscar as best film Foreign Language, 'A Royal Affair'. The film, which co-starred with Mads Mikkelsen was up for the statue that finally won the Austrian film 'Love', something that was no misstep in the career of this talented actress who definitely attract attention globally three years after with her role in the film of Alex Garland 'Ex Machina'. Also in 2015 she got her first nomination for an Academy Award thanks to her role in the film 'The Danish Girl'.

Alicia Vikander has been active for 10 years, participating in 20 movies that average a 6.3/10 score. 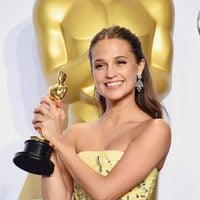 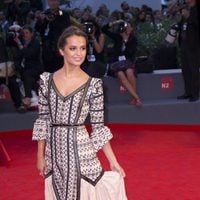 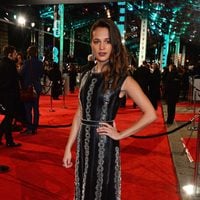 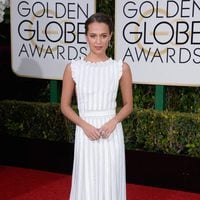 A trained ballet dancer. She studied ballet at the Royal Swedish Ballet School, but decided to pursue acting instead of ballet, following few injuries and subsequent foot and back surgeries. One of her favorite experiences from the production of 'Anna Karenina' was the filming that took place in the countryside outside of St. Petersburg, Russia. The temperatures dipped to -40 °C, and she stayed in a cabin for five days that didn't have hot water and only had benches instead of beds. The directors she dreams to work with are Lars von Trier, Terrence Malick and Quentin Tarantino.

Alicia Vikander: "I didn't see how could I work in English or in another country"