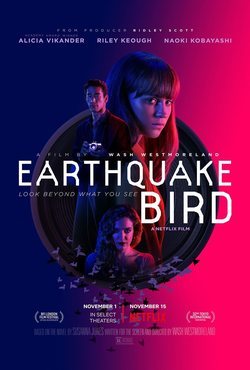 In 1989, Lucy Fly (Alicia Vikander) lives in Tokio to forget her past. She runs away to the capital of Japan to escape from a painful live. One day Lily Bridges (Riley Keough) her best friend in the city disappears without telling anyone and without trace. All changes when it reveals an incriminating clue: Both of them have been keeping a love triangle with Teiji (Naoki Kobayashi), a charming japanese photographer. From that momento, the police stars to belive that Lily has been murdered and they suspect that Lucy is the killer. 'Earthquake bird' is a mystery thriller based on the novel of Susanna Jones. This movie is directed by Wash Westmoreland, british filmmaker who works in other projects such as 'Colette', 'Still Alice' or 'The Last of Robin Hood'. He also writes a script endorsed by Ridley Scott ('Alien Covenant', 'Gladiator', 'Blade Runner'), who produced the film. Among this cast of japanese actors and english speakers, shines the Oscar winner Alicia Vikander ('Tomb Raider', 'The Danish Girl', 'Ex Machina') as Lucy Fly, With her, the movie is also starred by Riley Keough ('The Lodge', 'Hold the Dark ', 'Under the Silver Lake'), Naoki Kobayashi ('High & Low: The Movie 2', 'High & Low: The Movie 3'), Jack Houston ('The irishman', 'An Actor Prepares') and Kiki Sukezane ('Westworld', 'Lost in Space'). 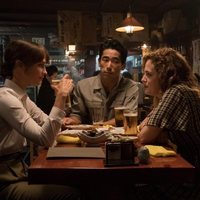 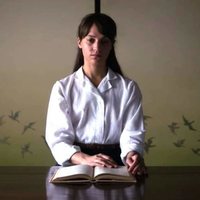 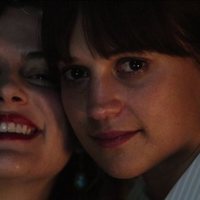 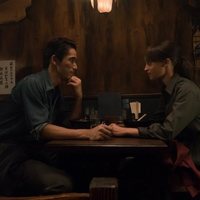 ?
Write your own 'Earthquake Bird' review.

When Lucy has a flashback of the children throwing pine cones and stones at her, she is protecting herself with a book. The book is an early edition of 'Pippi Långstrump' ('Pippi Longstocking') by the famous Swedish author Astrid Lindgren. The movie that Lucy is looking at the beginning is 'Black Rain' directed by Ridley Scott, the producer of the movie. Alicia Vikander said she has no problem with onscreen nudity, but she told the production crew on 'Earthquake Bird' and her other films that she will only allow one take during sex scenes so she isn't laying around nude in front of them for hours at a time.