Margot Robbie ('Birds of Prey'): "I'd definitely be keen to explore Harley's relationship with Poison Ivy"

'Birds of Prey (and the Fantabulous Emancipation of One Harley Quinn)' is set to hit our screens on the 7th February, with the film detailing the adventures of Harley Quinn when she gains her independence from the Joker and sets off with her makeshift girl-gang to kick the butts of anybody that tries to bring them down. We leapt at the exciting opportunity to interview the stars of the film, Margot Robbie, Jurnee Smollett-Bell, Mary Elizabeth Winstead and Ella Jay Basco, who told us how they prepared for those vivid action sequences, what they would say to male fans that doubt the appeal of a female-fronted action film, and whether or not we'll see Quinn openly embrace the bisexual identity on screen.

Robbie, who acts as producer as well as star for the film, has worked extremely hard to see this project through all stages of production, though she understands why Warner Bros. may not have been fully confident in the film's success at first: "I think it was difficult to get everyone on board with the idea of an R-rated female ensemble action film simply because it hadn't really been done yet (...) I understood the hesitation and actually I'm just so happy that the studio did agree to do this film, and to have a second-time young female director at them helm, and just to really believe in it and push it forward". The actress hopes that 'Birds of Prey' will achieve the success needed to see more projects of its kind have their moment on the big screen, too.

The film has attracted particular praise for its action, which critics have deemed "funny and violet" and "top notch". To prepare for shooting these sequences, Smollett-Bell says that they worked closely with the team of specialists from 87Eleven who trained the leading ladies for five months, giving each one of them "a different style" when it came to combat. "I was trained in more of a streetfighter style with some martial arts. Huntress had the crossbow but she was also more jiu-jitsu, taking guys down. Harley was more like a gymnast with roller skates and all these crazy things that she was flying off the walls and doing". Despite the gruelling nature of training, the actress viewed the process as "very necessary in order to do justice to the character". For her part, Winstead praises the hard work contributed by the stunt doubles during high-risk scenes, but also enjoys the fact that the team were willing to let the actresses do as much of their own action as they possibly could. 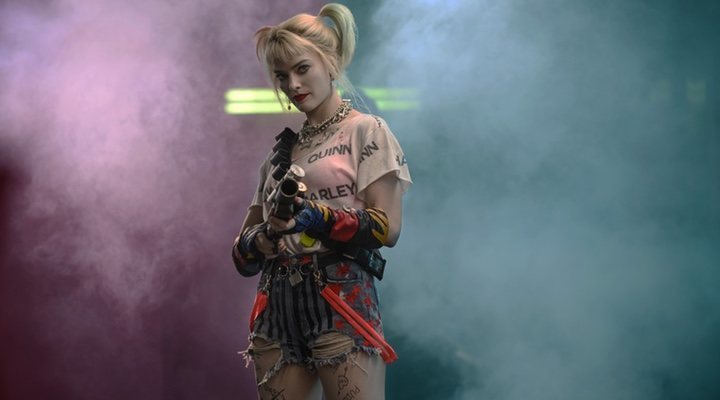 Regarding what they would say to the male fans of DC that are none too enthused by the prospect of a female-led film, Robbie gets straight to the point: "I have loved male-driven action films my whole life. I relate to characters because they're human, not because of a specific gender. Dudes are going to come and see this movie and they'll see themselves in the characters". Smollett-Bell also believes that any fan of the 'Birds of Prey' comics will love the film, regardless of gender. Basco chimed in with her own message to the nay-sayers: "I mean, hey, men can be feminists, too! There's nothing wrong with that".

Will we see a bisexual Harley Quinn on screen?

It's common knowledge amongst fans of her comic book iteration that the relationship between Harley Quinn and Poison Ivy has been interpreted as both platonic and romantic, depending on which issue you read. Robbie, upon being asked if we would have the opportunity to see a bisexual Harley Quinn, seemed to support the idea: "I've been pushing to do a film with Poison Ivy for a long time. She's a character I love, and I love the relationship between her and Harley in the comics. I enjoy the friendship they have, and I enjoy the romantic side. I'd definitely be keen to explore either version of her relationship with Poison Ivy on screen".

'Birds of Prey' hits UK cinemas on the 7th February.