The True Story Behind 'Bombshell': How 20 Women and a Lawsuit Brought Down a Media Mogul

In 2016, the women of Fox News dropped a bomb. After nearly 20 years as the head of Fox News, the most powerful conservative network in the United States, Roger Ailes was forced to resign after more than 20 women accused him of sexual harassment and misconduct. Along with the Showtime miniseries 'The Loudest Voice', the film 'Bombshell' is one of two 2019 adaptations that take on the task of bringing the downfall of Roger Ailes to the screen. Despite receiving the big-screen treatment, however, 'Bombshell' is based on a true story of what happened behind closed doors when the cameras were not watching and how the power structures within the news network perpetuated sexual misconduct for decades. 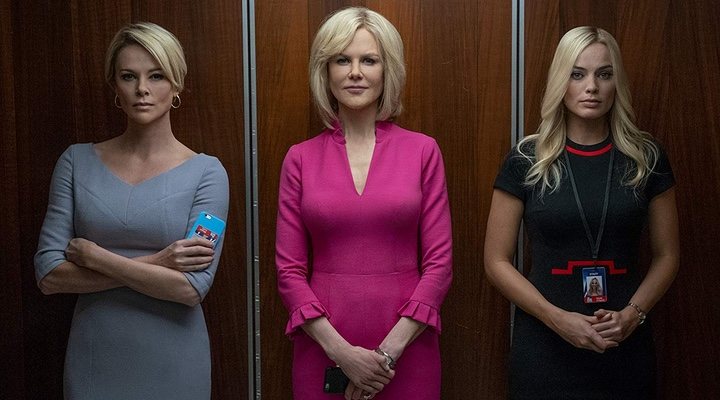 'Bombshell' follows Gretchen Carlson (Nicole Kidman), a former Fox News journalist who decides to come forward about her experiences of sexual harassment under the news mogul Roger Ailes (John Lithgow) and how she had been pushed out of her job upon refusing his advances. Despite her claims, Ailes is a powerful man with equally powerful allies all collaborating to brush ugly stories under the carpet, and so if Gretchen wants to see the boss man brought low, more women will have to come forward. Meanwhile, the young Kayla Pospisil (Margot Robbie) is determined to prove herself as a loyal and capable employee to Ailes whilst presenter Megyn Kelly (Charlize Theron) watches on anxiously, wondering if anyone will listen if she steps forward or if she will be another woman silenced by bigger powers at play.

'Bombshell' is in UK cinemas now and has earned the star-studded cast three Academy Award nominations, including one nomination for Best Actress for Charlize Theron. It is no mean feat to bring a real events surrounding the sexual harassment lawsuit that rocked both the world and the modern television landscape to the big screen, yet 'Bombshell' has been praised by critics for its handling of the disturbingly true story, which is as follows.

Roger Ailes began his career as a political consultant heavily affiliated with the Republican party. A brash talker that never hesitated to use fear and intimidation tactics against his opponents, many sources credit Ailes with winning the presidency for Republic candidates Ronald Reagan and George H.W. Bush, and he was friendly with current president Donald Trump long before he was elected. 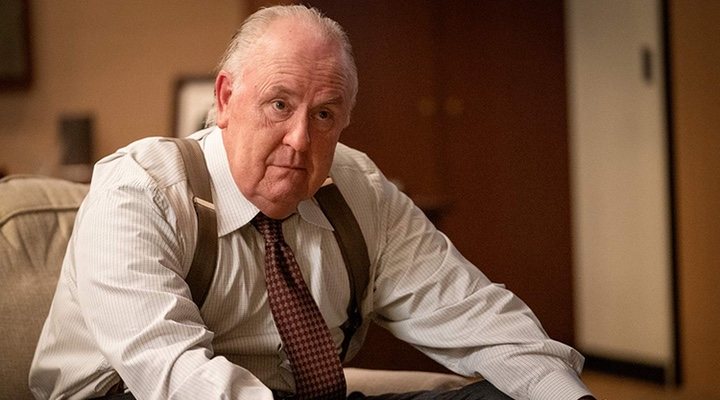 In the 1990s, however, Ailes made his move from politics to television, where his reputation as a political heavyweight already preceded him. In 1996, the chairman and CEO of NewsCorp at the time, Rupert Murdoch, hired Ailes to oversee the launch of Fox News, a conservative 24-hour news network. Ailes had a specific vision for Fox News that could be boiled down to the combination of aggressively right-wing commentators such as Bill O'Reilly and beautiful women as on-screen presenters. Ailes was known for cherry-picking women - often slender, blonde, young and conventionally attractive - to appear on camera during primetime hours. It was Ailes who set the trend of see-through news desks, as he believed that the visibility of these women's legs would attract more viewers. Many former female Fox employees have also stated that they were encouraged to wear skirts instead of trousers for this same reason.

By 2016, the year that the lawsuit dropped, Fox News was averaging 2 million viewers a day, the vast majority of which fell into an older, right-wing demographic. Roger Ailes had taken this demographic and built a news empire around it and, as its metaphorical emperor, very few were willing to go against him, even in the face of such blatant sexual misconduct.

In 2014, journalist Gabriel Sherman published a biography of Roger Ailes titled 'The Loudest Voice in the Room' (hence the title of the critically acclaimed miniseries). Whilst browsing the biography, former Fox journalist Gretchen Carlson came across a statement from an unnamed woman who alleged that whilst Ailes had been working for the NBC, he'd offered her an extra $100 per week if she had sex with him on demand.

The discovery that Carlson was not the only one to have suffered abuse under Ailes and that somebody had spoken out about it, albeit anonymously, empowered Carlson. Whilst working at Fox News, she had repeatedly rejected unwanted sexual advances from Ailes and, as a result, was demoted and removed from most of the hard-hitting stories. When she confronted Ailes about this decision, he allegedly responded "I think you and I should have had a sexual relationship a long time ago and then you'd be good and better and I'd be good and better". Carlson was fired shortly thereafter. 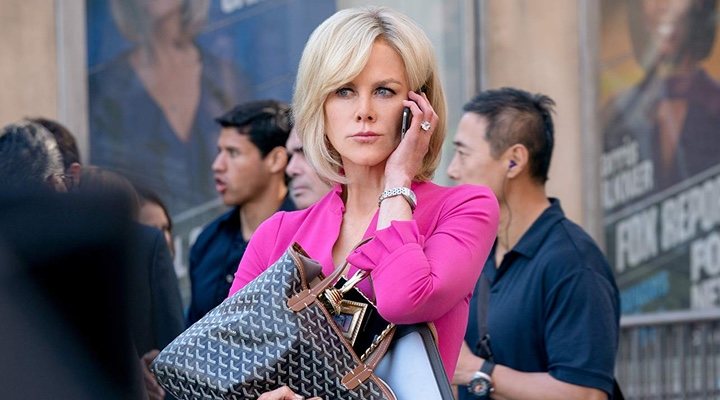 Sickened by this treatment of her and, as Sherman's biography confirmed, of other women, in 2016 Carlson filed a lawsuit against Ailes for "sexist and condescending behaviour" and "severe and pervasive sexual harassment". The lawsuit detailed how Ailes would regularly make comments and innuendos of both a sexual and sexist nature around Carlson; how he would ask her to twirl so he could view her posterior; how he would comment inappropriately about her legs and what outfits she should wear to show off her figure. Carlson, a former Miss America, also claimed that Ailes would harass and embarrass her in public by asserting in her presence that he had "slept with three former Miss Americas" but not with her.

Ailes immediately dismissed these allegations as untrue and defamatory and Carlson struggled to continue the case because, upon being employed at Fox News, she had been obliged to sign a non-disclosure agreement and a mandatory arbitration agreement that meant that she could neither openly talk about her experiences nor take Ailes to court, as the arbitration agreement meant that the lawsuit had to be settled through a neutral third party. Carlson heavily criticised Fox News's mandatory NDAs, stating that they were used to deliberately cover up the numerous cases of sexual harassment at the network by securing the professional positions of the offenders even if women came forward.

If Gretchen Carlson wanted to bring Ailes down, she could no longer operate as a lone wolf: more women needed to step forward, join the pack, and howl until someone took notice.

The sons of Rupert Murdoch, the man who had launched the Fox career of Roger Ailes, did not get along with the Fox news head for reasons largely undisclosed. However, this dislike, whether motivated by a knowledge of his abusive tendencies or simply internal rivalry, led Lachlan and James Murdoch to agree to conduct an investigation into the accusations made by Carlson.

Now aware that Carlson was not going to back down, Ailes turned to the former mayor of New York, Rudy Giuliani, to become his legal representative. Strangely, feminist scholar Susan Estrich, a personal friend of Ailes and regular guest on Fox News, also stepped forward to defend him, further twisting the case into a labyrinth of secrets and confused alliances. 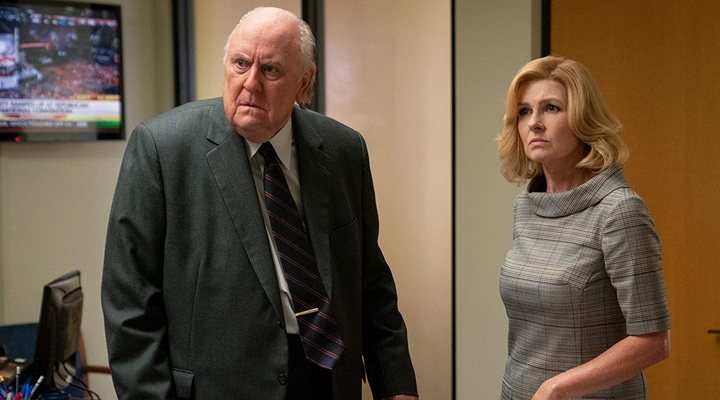 Ailes's greatest ally, however, was his wife, Beth Ailes. Beth Ailes contacted Fox co-host, Kimberly Guilfoyle (who is now Donald Trump Jr.'s girlfriend after being forced to step down due to recent sexual misconduct allegations made against her) and asked Guilfoyle to rally the support of other women within the network. Other female hosts such as Greta Van Susteren and Jeanine Pirro also declared their support of Ailes, but when his wife and Guilfoyle reached out to host and former Fox golden girl, Megyn Kelly, she refused to speak until the case was over.

Megyn Kelly had been victim to sexual harassment at the hands of Ailes a decade earlier but feared speaking out in support of Carlson lest she be dismissed from her post. Despite telling Beth Ailes that she would remain silent, however, Megyn Kelly felt conflicted and worried about the impact that her not coming forward would have on Ailes's potential future victims.

In spite of the fear of defamation, more than 20 women came forward to support Carlson's claims. Many of their testimonies suggested that Ailes used sexual favours as a form of blackmail. When Laurie Luhn asked Ailes to help her find a job, he requested that she dance for him in lingerie and then filmed it, keeping the video as blackmail. The sexual abuse was combined with emotional manipulation, as Luhn states he would hold her temples and tell her: "Tell me you will do what I tell you to do, when I tell you to do it. At any time, at any place when I call. No matter where I call you, no matter where you are. Do you understand? You will follow orders".

The wave of women stepping forward to accuse Ailes encouraged many other women to open up about harassment they had faced from other high-ranking Fox employees. Rudi Bakhtiar (portrayed in 'Bombshell' by Nazanin Boniadi) spoke out about how journalist Brian Wilson offered her a promotion in exchange for an innuendo-laden "seeing the inside of her hotel room" whereas Juliet Huddy (portrayed by Jennifer Morrison) admitted that Bill O'Reilly had called her personal phone several times whilst pleasuring himself. Both women have since said, in an interview with Megyn Kelly, that their careers were completely derailed as a result of accusing both men of sexual harassment. "It was immediate," says Bakhtiar. "As soon as I complained I lost my job". It became evident that the systems of power in place were allowing these men to perpetuate workplace abuse by simply firing the women who dared to speak out. "It was like a giant part of you had literally been taken away", says Huddy. "I loved my job". 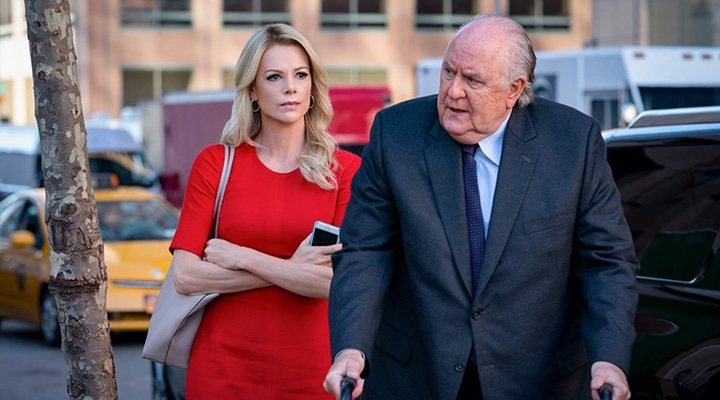 Stories of these injustices empowered Kelly to come forward and share her own experiences with Ailes and harassment in the hopes that it would support the case. Whilst Ailes had used blackmail to keep women silent individually, united they formed a wave of criticism that forced the public to sit up and take notice of his crimes.

That same year, on the 21st July 2016, Ailes resigned after 20 years of working at Fox and took up a position, unsurprisingly, as an advisor to Trump. His deputy, Bill Shine, was also forced to resign after being accused of covering up Ailes's crimes and the famously belligerent Fox host Bill O'Reilly was dismissed alongside them after facing sexual misconduct accusations of his own. Whilst this may seem like justice, however, the statistic in 'Bombshell' reveals that Fox paid 50 million dollars to the victims of the sexual harassment scandal - yet they paid 65 million dollars in severance to Ailes and O'Reilly. The bomb dropped by Carlson may have detonated their careers, but somehow both men still managed to find some financial compensation amongst the debris. 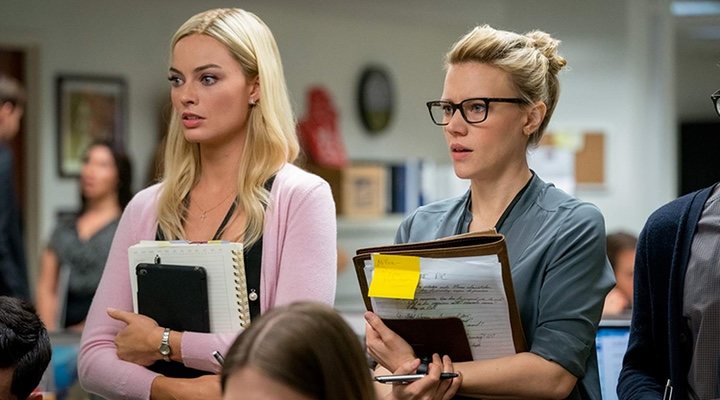 21st Century Fox issued a public apology to Carlson after the lawsuit was settled: "We sincerely regret and apologize for the fact that Gretchen was not treated with the respect and dignity that she and all of our colleagues deserve". Despite this wish for respect and dignity, many women who stepped forward to accuse Ailes, including Bakhtiar and Huddy, have struggled to find work since the scandal, which begs the question of how much these patriarchal structures of power remain in place.

Ailes passed away in 2017, a year after his resignation and a year before the allegations against producer Harvey Weinstein confirmed that the news was not the only industry in which powerful men had been allowed to get away with committing crimes behind closed doors for far too long.

Gretchen Carlson has remained a prominent voice in issues of gender-based discrimination and violence ever since the case, and in 2017 published her second book, 'Be Fierce: Stop Harassment and Take Your Power Back', which shared the stories of several women across the United States who had faced sexual harassment in the workplace.

'Bombshell' is out now.