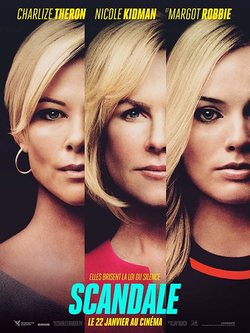 Kayla is a young journalist who has just started working for the TV channel Fox News and is learning about which stories sell and which stories flop on a primetime news channel. Kayla believes that Fox News could be the perfect fit for her, and she for the network, and so she approaches the president of Fox, Roger Ailes. Ailes tells her that he could put her in front of the cameras, but before that he has to be completely sure that she is loyal to him. Confused by his tone, Kayla asks herself what Ailes could want. Magyn Kelly is a successful Fox News host that knows how this game works: in order for a network to be on air all day, there has to be an element of attraction to it. That means women - typically white, blonde women - wearing tight and short dresses in front of the cameras. Gretchen Carlson is another Fox News host who has to endure her coworker's sexist comments. She's decided to report him, but for that she is going to need more women to support her claim. But will the women speak out at the risk of the careers? Based on the real scandal of Roger Ailes, who resigned his position as the president of Fox for these accusations of sexual harassment by his female employees. The film is directed by Jay Roach ('Trumbo') and stars Margot Robbie ('Once Upon In... Hollywood'), Charlize Theron ('Atomic Blonde'), Nicole Kidman ('Big Little Lies') and Kate McKinnon ('The Spy Who Dumped Me'), amongst others. 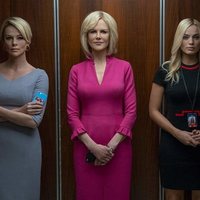 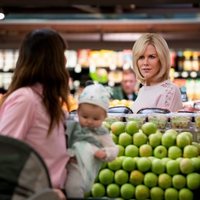 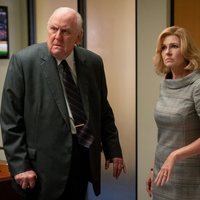 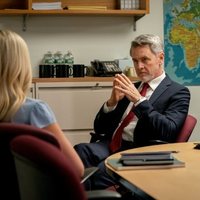 ?
Write your own 'Bombshell' review.

The original title of the film was 'Fair and Balanced', but later it was changed to 'Bombshell'. In the beginning, it was going to be Annapurna Pictures in charge of production, but the company decided not to make just a few days before starting the production of the film. In the cast, we can find many actors who have received an Oscar: Allison Janney ('I, Tonya'), Nicole Kidman ('The Hours') and Charlize Theron ('Monster'). In addition, there are also two actors with a nomination: John Lithgow ('Terms of Endearment', 'The World According to Garp') and Margot Robbie ('I, Tonya').