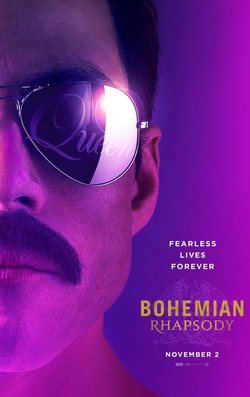 During the seventies, Farrokh Bulsara was a young boy with a lot of dreams and no money. In the opposite side, Freddy Mercury was one of the kings of the music. Freddy saw in Brian May, Roger Taylor and John Deacon a bunch of friends with who make his biggest dream come true: to become a successful singer. From there, the four of them created the music band Queen. The hard work from all of them turned the group into a huge success. However, not every was good. There was also a dark side. The diva mood of Mercury came into conflict with his mates, fed up with his disdainful attitude towards them. At the end, the group left their differences aside and came together for the Live Aid concert. 'Bohemian Rhapsody' is the biopic that narrows the story of the iconic group 'Queen', but it focuses most on the life of the main singer, Freddie Mercury. The film tries to show not only the formation of the group and its way to success, but also some topics related to Mercury, as his sexual orientation, AIDS and his long friendship with Mary Austin. The film is directed by Dexter Fletcher and starring Rami Malek ('Mr. Robot'), Ben Hardy ('X-Men: Apocalypse'), Joseph Mazzello ('The Social Network') and Gwylim Lee ('Jamestown'). Other members of the cast are Mike Myers ('Austin Powers') and Lucy Boynton ('Muder on the Orient Express'). 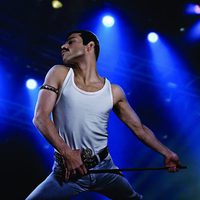 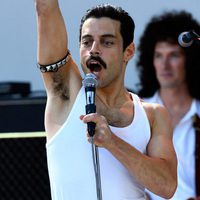 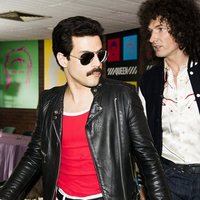 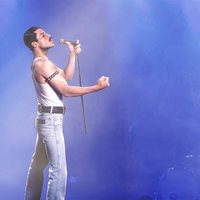 ?
Write your own 'Bohemian Rhapsody' review.

'Bohemian Rhapsody' was one of the most iconic songs from the British band, 'Queen'. At the beginning, Sacha Baron Cohen was the first choice to play Queen's leading singer, Freddie Mercury. However, he left the project due to creative differences with two other actors. Rami Malek and Joseph Mazzello previously worked together in HBO miniseries 'The Pacific'.