The rules of Instagram surrounding nipples, specifically female nipples, continue to generate controversy, particularly in the Hollywood world of actresses and celebrities who have seen their images deleted by the platform on multiple occasions. Despite this and the fact that the social media app does not show any sign of intending to change this ruling any time soon, many of these women continue to challenge the platform directly. 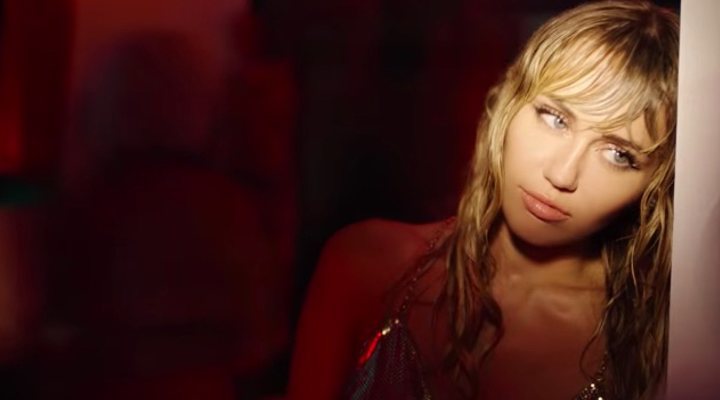 The latest voice to join the protest is Miley Cyrus, who, in her latest social media posts and interactions, has made several references to the regulations maintained by Instagram. The singer and 'Hannah Montana' actress uploaded a post which contained five photos of the star herself. The photos, taken in front of a bathroom mirror and sitting alongside a book and her guitar, appear to be fairly normal content for an Instagram feed. However, in two of these photos, Cyrus is wearing a sheer camisole through which her nipples are clearly visible.

I'm getting more basic by the day. The only thing the "new me" loves more than a mirror selfie is a self timed one. PS this is getting removed soon! I've been warned by the gram gods !

According to Instagram's regulations, uploading images in which nipples are visible is not permitted - but only if those nipples belong to a woman. This distinction based on gender has been heavily criticised by many users, but there is nothing to suggest that the platform will change this ruling any time soon in response to this outcry.

Cyrus wrote a humorous caption to accompany the photos that defy the rules set out by Instagram: "I'm getting more basic by the day. The only thing the "new me" loves more than a mirror selfie is a self-timed one. PS this is getting removed soon! I've been warned by the gram gods!" We don't know for sure whether the social media app will have warned the 'The Last Song' actress about about how her photos violate their regulations, or if Cyrus was simply poking fun at the rules, but the photos have not been taken down as of yet. Currently, the images have been up on Cyrus's feed for a day and, as the singer herself put it, Instagram's infamous policies surrounding female nudity mean that it won't be long before they're removed.

Not the first time

Miley Cyrus is not the only woman who has had to suffer the rules of Instagram regarding the visibility of women's nipples, nor is she the first to openly criticise the platform for it. Earlier this week, Amber Heard also directly challenged the social media site after they deleted images published by the actress of a photoshoot in which one of her nipples was bared. After the photos were taken down, Heard responded with a mix of humour and clear criticism of the app. To do so, Heard took the same image but edited it, using the face and body of her 'Aquaman' co-star, Jason Momoa, instead of her own, thereby featuring a male nipple rather than a female one in the photo. Problem solved for Instagram. The actress also captioned the edited photograph: "In honor of IG's rigorous and equitable Community Guidelines against showing the female nipple...and since mine enjoyed the brief privilege that's afforded to my male counterparts...I decided to pay homage by replacing it with a picture that did meet IG's strict nudity guidelines and such careful gender policies".