The Oscar nominations were announced earlier this week and the date for the ceremony is set for Sunday 24th February. Like most years, however, controversy and scandal continues to surface with regards to this years' Academy Awards.

The latest outcry has been provoked by a report which recently surfaced in Variety declaring that, according to several sources, only two out of the five nominations for Best Original Song will be performed at this years ceremony. The two biggest commercial successes in the charts have allegedly been selected for performance, 'Shallow' from 'A Star is Born' and 'All the Stars' from 'Black Panther'. 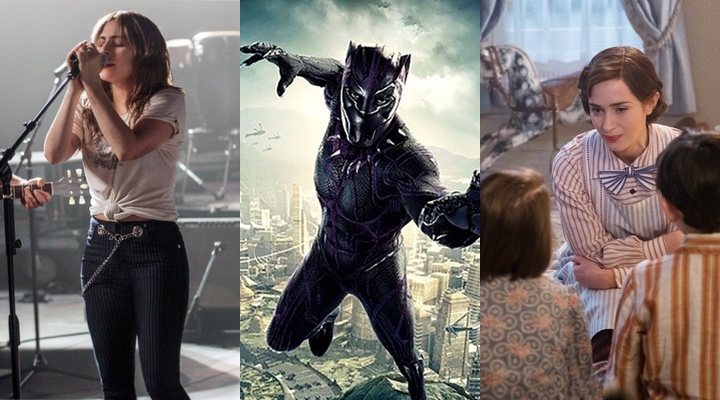 According to these sources, the other songs, 'The Place Where Lost Things Go' ('Mary Poppins Returns'), 'I'll Fight' ('RBG'), and 'When a Cowboy Trades His Spurs for Wings' ('The Ballad of Buster Scruggs') will only be mentioned in the announcement of nominations, breaking a years-long tradition. The Academy are under fire for this omission of performances, accused by many in the music industry of pandering to the commercial market by selecting the most lucratively successful songs for showcase, when the award for Best Original Song is intended to celebrate the use of this music in a cinematic context.

While the Academy have refused to comment on the rumours, stating only that no decision has yet been made regarding song performances at the Oscars, in light of the ever declining viewership, they have made clear their desire to cut the show's running time down to three hours and this is rumoured to be a part of said plan. Another way in which they have implied they will be reducing running time is presenting some of the awards less highly anticipated by the public (such as Best Sound Editing) during advert breaks.

The controversy surrounding 2019's Oscar Awards ceremony does not end there. As well as attempting to cut running time by removing some of the performances for Best Song nominations, this year is looking to be the first in 30 years not to have a presenter, ever since Kevin Hart left the position due to outcry over historic homophobic comments.