While at this moment in time it may be difficult to think of anything but 'Game of Thrones' and 'Avengers: Endgame', in only a few short weeks the next big Hollywood blockbuster will land in cinemas across the world: 'POKÉMON Detective Pikachu'. The decades-old franchise releases its first ever live action film at the start of May and the reactions to the first screening in Japan suggest that it will be everything for which fans could hope.

Detective Pikachu is adorably funny & takes you deep into the world of Pokemon, which every Pokemon fan will appreciate. The nostalgia is real. #DetectivePikachu will have you laughing & tearing up a bit too. Ryan Reynolds & Justice Smith are golden in this. #PikaPika pic.twitter.com/uxLXNKFFPh

My reactions to #DetectivePikachu: so cute! Fun for the whole family! Pokémon obsessives will be pleased, but Poke novices will be able to follow along?and will maybe even get sucked into the whole world. In summary: I want to cuddle Pikachu.

It's a hit for #DetectivePikachu. Pokemon fans new & old will rejoice in this heartfelt and authentic take on the franchise. @Legendary and @wbpictures have nailed this live-action adaptation. I laughed hard and felt my heart swell. This Pokemon film is just the start! pic.twitter.com/I0R9fSHpfU

Had a fun time with Detective Pikachu. Silly, heartfelt and chock full of Pokémon, which makes for some great world building in what is sure to spin off into one hell of a franchise. Perfectly suited for fans and non-fans alike. #DetectivePikachu @DetPikachuMovie @joblocom

Just saw #DetectivePikachu here in Tokyo and, man, I wish Ryme City was a real place because I really want a Pokémon pal. pic.twitter.com/4cvtG0Uquu

#DetectivePikachu is painfully cute, jam packed with action and will make you wish you lived in the world of #Pokémon more than you probably already do. pic.twitter.com/V33JOkUP3u

#DetectivePikachu is a pure joy from start to finish. It's a heartfelt, relentlessly charming story filled with excellent worldbuilding. Plenty of deep cuts for #Pokémon fans. There must've been a grass-type in the theater because I got surprisingly misty-eyed in parts. pic.twitter.com/LMKp6TG1a1

Directed by Rob Letterman, the film follows the story of Tim Goodman (Justice Smith), whose detective father mysteriously disappeared years ago. While Tim is attempting to move on from this tragic event, he suddenly discovers that he is able to communicate with a young Pikachu (Ryan Reynolds). The pair form an unexpected team and attempt to solve the mystery of Harry Goodman's disappearance. However, when they discover a plot to disrupt the peace between humans and Pokemon, they must do whatever it takes to save the Pokemon universe. 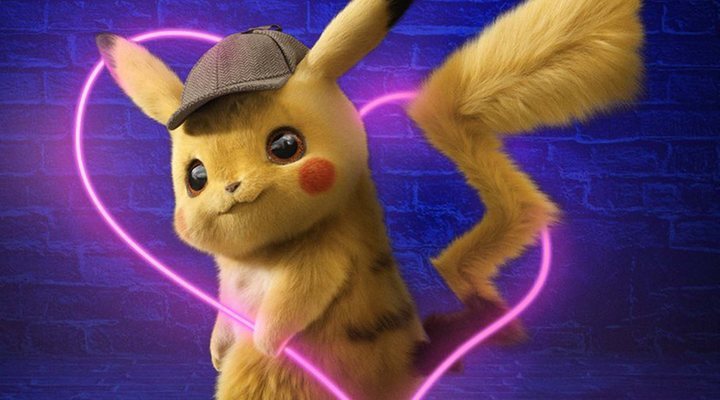 In the trailer we can already see appearances from Psyduck, MewTwo, Bulbasaur, Mr Mime and more, and the film promises many nods and Easter egg references to old Pokemon canon. Luckily fans do not need to wait long before they can enjoy this expansion on the Game Freak franchise, which will be released worldwide in cinemas on May 10th.