'Rocketman': The Fact and Fiction in Elton John's Biopic

Do not continue reading unless you have seen 'Rocketman'.

After the release of 'Bohemian Rhapsody' in Autumn of last year, the next British songwriting legend to have his story told on the big screen was none other than Elton John. 'Rocketman', directed by Dexter Fletcher and starring Taron Egerton, was released in cinemas worldwide on Friday 31st May and tells the story of the first few decades of the rock artist's career. 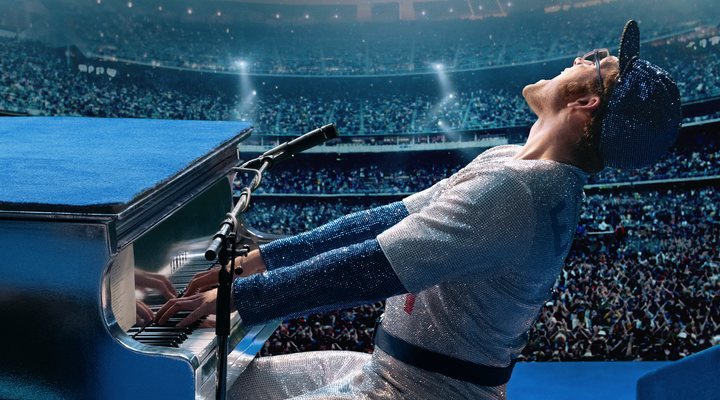 While the film follows the life story of Elton John, Fletcher has highlighted that "it's not a biopic per se; it's Elton's recollections, his memories of how he felt at a certain time". The film is being branded as a "fantasy musical" and uses the legendary hits of the songwriter as a means of communicating his memories through song and dance. Thus, the line between reality and fiction is fine in this film, begging the question: how much of the story is reliable fact?

Here we investigate to what extent the events of the film follow the reality of Elton John's life. Where did the artist's stage name originate? Was his relationship with his parents as bad as it seems? Did the audience really float through the air during his first concert in Troubador? It is time to put 'Rocketman' through a lie detector. 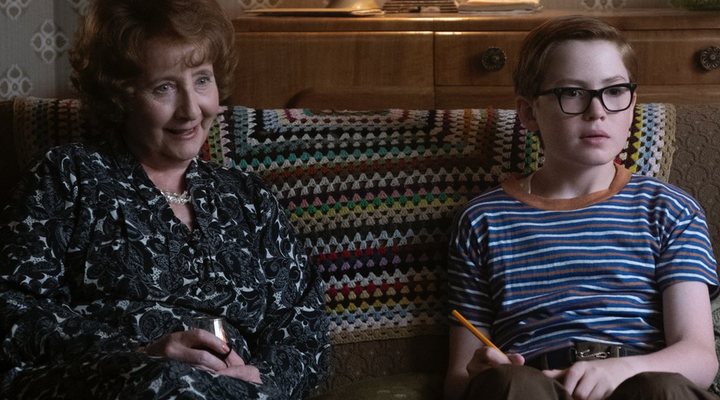 In the film the young Reggie Dwight sits down at the piano to play the song he has just heard on the radio, and does so perfectly. Was he a young musical prodigy like this in real life? The answer is yes! The musician apparently taught himself to play the piano, and at the age of only three he was able to play 'Skater's Waltz' only from listening to it. At the age of only eleven he stunned his teacher at the Royal Academy of Music by playing a work of Handel perfectly after just having heard it.

2. His Relationship with his Parents 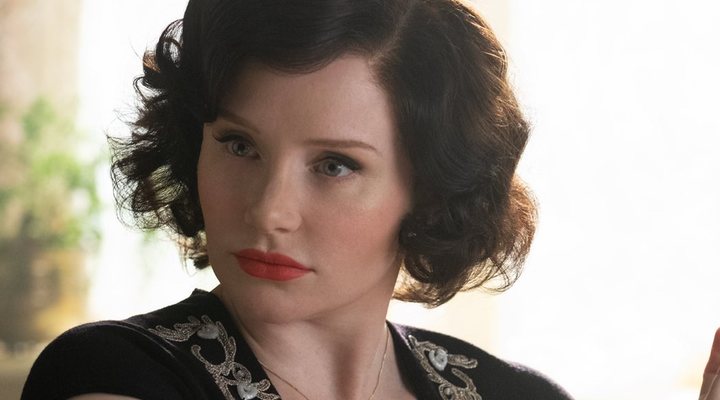 John's relationship with his parents in the film is less than pretty. The singer has never tried to hide the poor relationship he had with his father (played by Steven Mackintosh in the film), claiming that he never came to any of his concerts. Remembering his father, John has described him as a "tough and unemotional man. Hard. He was dismissive, disappointed and finally absent. I just wanted him to acknowledge what I'd done. But he never did."

However, there are always two sides to the story. Elton John's stepmother claims that his father attend more than one concert, and his stepbrother even said that Elton was very present in the father's life, wishing him a happy birthday and Christmas every year. It is unclear whether John's father was unsupportive of his son's musical career; to this day his stepmother has the receipt for the piano he bought him in 1963. The stepmother and father lay much of the blame on John's mother, who was extremely critical of her ex-husband when they divorced. Which version is accurate? The choice is yours.

Elton John's mother (played by Bryce Dallas Howard) does not come off well in the biopic either. John and his mother have always had a strained relationship; while he admits that his mother always supported him, including when he came out as bisexual, their relationship worsened after he left his partner, John Reid (Richard Madden), and she even hired an impersonator of the singer to attend her 90th birthday in his place. In 2015 she claimed that "of course" she supported her son, but she did not get along well with his husband, David Furnish. Bryce Dallas Howard claims to have spoken to many people close to the woman in order to get an impression of her personality, and concluded that her actions sounded like narcism, thus from there she constructed the character. 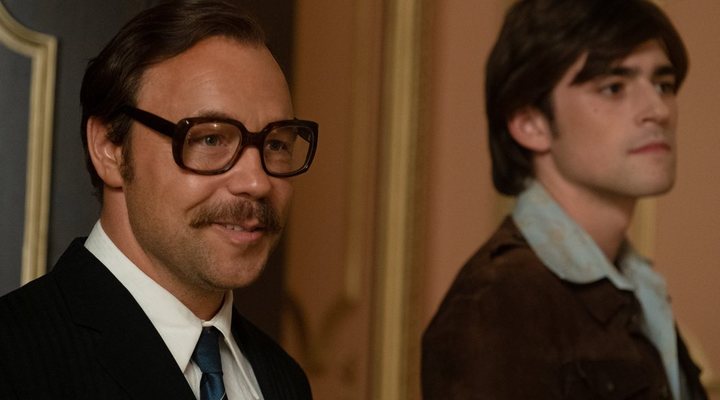 The birth of the artist's name in the biopic is based on truth, though not entirely accurate. Yes, the name "Elton" came from his band member, Elton Dean, the saxophonist in Bluesology. He chose it because he knew of only two Eltons: Dean, and Elton Hayes (the British actor), and wanted a unique name like that.

In the film, "John" comes from having seen a portrait of the Beatles in the office of Dick James (Stephen Graham), who had signed the first musical contract with John Lennon. This part of the story is entirely false: "John" comes from Long John Baldry, the singer who hired Bluesology to play during his British tour, and one of the first men to admire the young Reggie Dwight. 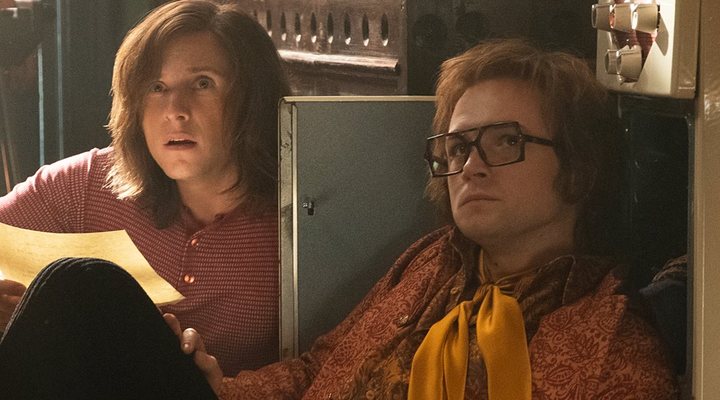 The story of how Elton John met lyricist Bernie Taupin (Jamie Bell) is fairly well portrayed in the biopic. Liberty Record's Ray Williams (Charlie Rowe) released an advert in the newspaper to which both John and Taupin responded. From the very beginning John knew he could find the perfect melody to accompany Taupin's lyrics and from there blossomed a wonderful friendship. Curiously, the two hardly ever actually worked together in the same room; Taupin would write the lyrics and send them to John, who would then put them to music. Within minutes sat at the piano, John came up with the perfect melody for "Your Song".

What is unclear is whether John felt anything stronger than pure friendship towards the lyricist. Taupin has described the relationship as a "non-sexual love affair" and John claimed that he was "in love with Bernie as a friend". 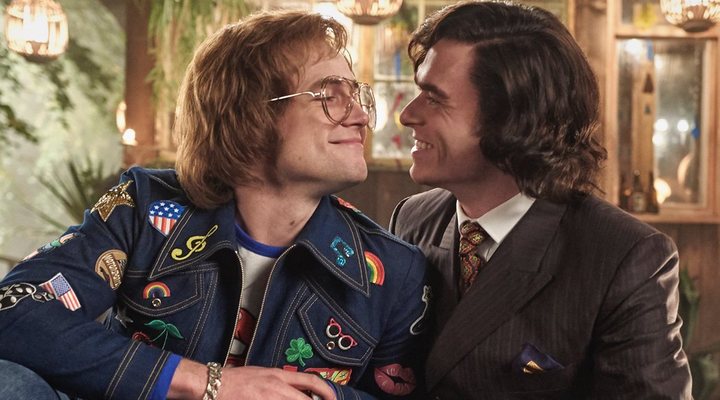 In the film Elton John and John Reid meet at The Troubadour, but this part of the story is fiction: in reality the pair met at a Christmas party organised by Motown in London, when Elton was 23. It is true that Reid was the first man with whom John had sexual relations and the two did end up living together for the five year duration of their relationship. Reid continued as his manager until 1998, and the two ended up in court due to the poor management of Elton John's money. 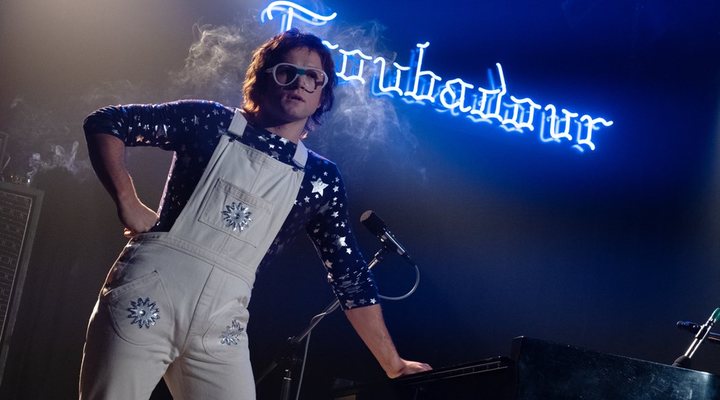 Elton John's first great debut concert was indeed at the Troubadour in Los Angeles on the 25th August 1970. In the film he plays 'Crocodile Rock', however, this song was actually released two years later. Another slight deviation from the truth is when he and the audience begin to float; the singer claims that this represents how he felt in that moment. 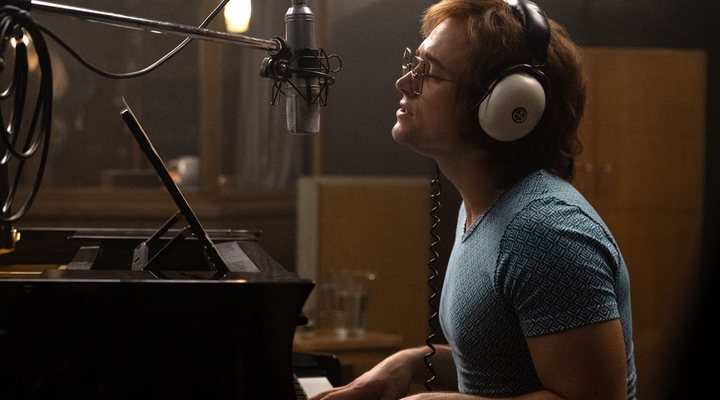 In 'Rocketman' the songs are integrated into the film as narrative instrument, therefore the order in which they appear has absolutely no reflection on the real chronology. For example, 'I'm Still Standing' was not a triumph song after having come out of rehab, as it is in the film, as the song has already been released. Many of John and Taupin's hits were composed in just one weekend in 1968, then released bit by bit throughout his career.

8. His Marriage to Renate 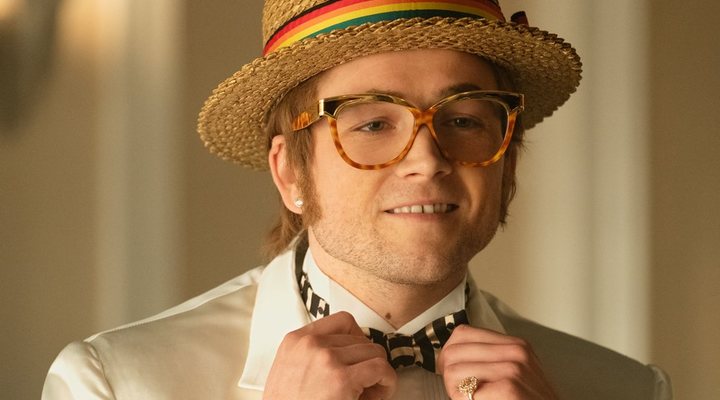 In 'Rocketman' we see Elton John's first marriage to Renate Blauel (Celinde Schoenmaker) in 1984, with John Reid as the best man. They married in Australia on St. Valentine's Day, two days after he proposed. The pair divorced after four years, after which John came out as gay in a Rolling Stone interview. He explained: "A drug addict thinks like this: 'I've had enough boyfriends and that's not made me happy, so I'll have a wife; that will change everything.'"

Although it is not shown in the film, in reality the singer had already been engaged in 1968 to his then-girlfriend, Linda Woodrow (who had lied to him saying she was pregnant). After the pair split, John tried to commit suicide for the first time, placing his head inside a burning oven. Bernie Taupin found and rescued him. 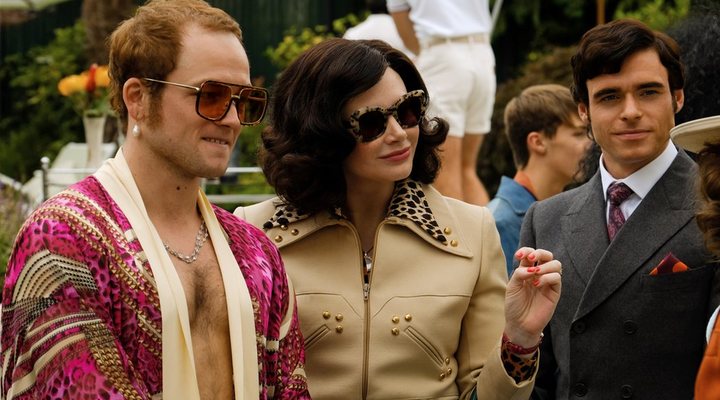 After his first attempt at suicide, the singer tried for a second time in 1975, which occurred exactly as is shown in 'Rocketman'. While his family were visiting, John approached the swimming pool, declaring that he had taken 85 Valiums and would die within an hour, before throwing himself in the water. Also, as is shown in the film, two days after this suicide attempt he took to the stage in the Dodgers Stadium and performed a three hour long concert.

The presentation of his destructive relationship with alcohol and drugs is, according to Elton John, also very accurate. He claims that during this time he had lost touch with Reggie Dwight and did not know how to deal with Elton John. He told the Telegraph in 2010: "[I would walk] around the house, not bathing for three or four days, staying up watching pornography all the time, drinking a bottle of scotch a day. And I was bulimic as well, so I wouldn't eat for three days, then gorge on six bacon sandwiches and a pint of ice cream and throw it up. And then have a shower and start the whole procedure all over again".

One of the big turning points in John's life, leading him to become sober in 1990, was meeting Ryan White, a thirteen-year-old boy who had become infected with HIV after a blood transfusion. The boy died at only eighteen and in that moment John decided to abandon drugs and start up his organisation for AIDS patients. Next year will mark thirty years of sobriety.