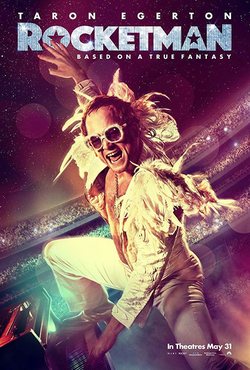 'Rocketman' tells the story of one of the living legends in music: Sir Elton John. In this fantastical, juke-box take on a biopic, audiences can follow Elton John's (Taron Egerton, 'Kingsman') life from his difficult childhood as the downtrodden Reginald "Reggie Kenneth" Dwight to international success haunted by his struggles with addiction and eating disorders. 'Rocketman' doesn't hold back as it delves into John's difficult childhood, exploring his complicated relationships with his mother, Sheila Eileen (Bryce Dallas Howard, 'Jurassic World') and controlling father Stanley (Steven Mackintosh, 'Wanderlust'), with only his loving grandmother Ivy (Gemma Jones, 'Sense and Sensibility') and his piano lessons acting as a refuge. The film chronicles Elton John's rise to fame against a soundtrack of some of his greatest hits such as 'Crocodile Rock', 'Your Song' and 'I'm Still Standing', many of which were written alongside his long-term collaborator, Bernie Taupin (Jamie Bell, 'Billy Elliot'). 'Rocketman' is directed by 'Bohemian Rhapsody' and written by Lee Hall ('Victoria & Abdul'). Joining the cast are Richard Madden ('Game of Thrones'), Tom Bennett ('David Brent: Life on the Road'), Ophelia Lovibond ('Guardians of the Galaxy'), with Kit Connor and Matthew Illesley as younger versions of the acclaimed singer. 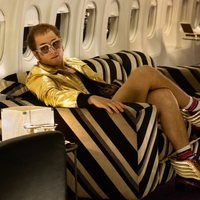 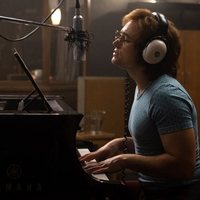 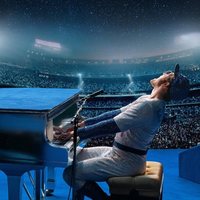 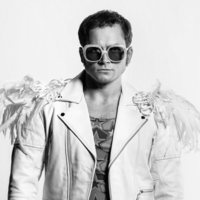 ?
Write your own 'Rocketman' review.

Elton John has told Taron Egerton to not copy him too much in the film, and make his own version out of it. Elton John co-starred with Taron Egerton in 'Kingsman: The Golden Circle' (2017). James McAvoy and Daniel Radcliffe were considered to play Elton John.