First look at Robert Downey Jr. in 'The Voyage of Doctor Dolittle'

Robert Downey Jr. is set to play Doctor Dolittle in the upcoming film 'The Voyage of Doctor Dolittle'. The Universal Pictures production is to be directed by Stephen Gaghan ('Gold') and filming is already well under way. 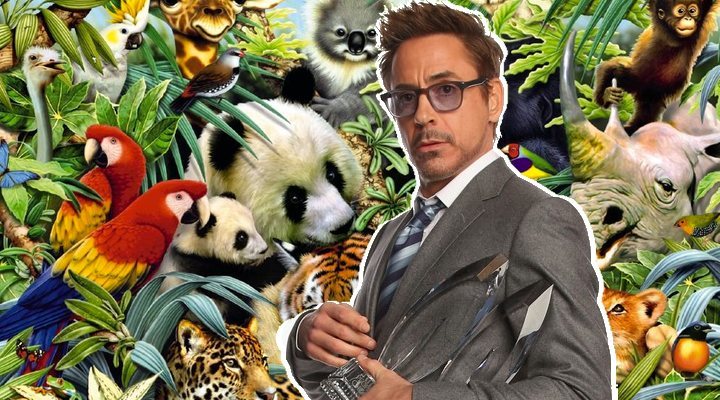 Up until now we've not seen an image of Downey Jr. in character, but thanks to photos taken on set, we can now get a first look. In the images we can see the 'Iron Man' and 'Sherlock Holmes' actor in an apparent remote location climbing onto a sort of mechanism (we can only presume visual effects will transform the mechanism into an animal of some sort after editing).

Also on show in the images is the actor's costume. It appears as though the wardrobe team have opted for a very classical look. Take a look at the images for yourself in the Tweet below:

'The Voyage of Doctor Dolittle' will be the third cinematic adaptation of Hugh Lofting's character. The story tells of a character capable of speaking to animals and was first brought to the screen by Richard Fleischer. Eddie Murphy starred in a remake back in 1998.

Murphy's version was followed by four sequels. Eddie Murphy starred in the first two, before Kyla Pratt took over. In 'The Voyage of Doctor Dolittle, Downey Jr. will be joined by Selena Gomez, Antonio Banderas, Michael Sheen and Jim Broadbent. The film is set for UK release on 5th April 2019.