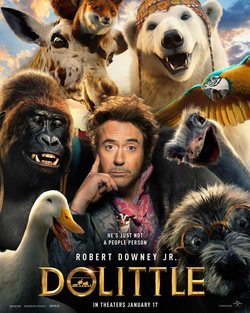 A remake of 'Doctor Dolittle' (1967). Dr. John Dolittle (Robert Downey Jr., 'Iron Man') is a charming and eccentric doctor slash veterinarian living in Victorian England. After the death of his wife, Dolittle becomes somewhat of a hermit and hides himself away in Dolittle Manor with no company other than his menagerie of animals (featuring, though not limited to, a polar bear, a parrot, an ostrich, a dog, a duck, a gorilla, a giraffe and a fox) with whom he is able to communicate. When a young Queen Victoria (Jessie Buckley, 'Beast') falls gravely ill, however, Dolittle has to reluctantly has to leave the security of his home and set off on an adventure to a legendary island in search for something that will cure the ailing monarch. 'Doctor Dolittle' is directed by Stephen Gaghan ('Gold') and is set for a 2020 release. Amongst the star-studded cast providing voices for the film are Emma Thompson ('Sense and Sensibility'), Rami Malek ('Bohemian Rhapsody), Ralph Fiennes ('The Grand Budapest Hotel'), John Cena (Bumblebee), Selena Gomez ('A Rainy Day in New York'), Tom Holland ('Spider-Man: Far From Home'), Marion Cotillard ('La Vie En Rose'), Kumail Nanjiani ('The Big Sick'), Octavia Spencer ('Hidden Figures'), Craig Robinson ('Brooklyn Nine-Nine') and Frances de la Tour ('Into the Woods'). Hide full plot... Show full plot 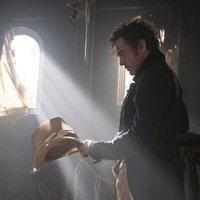 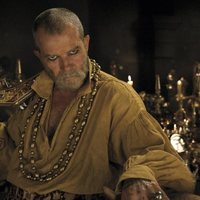 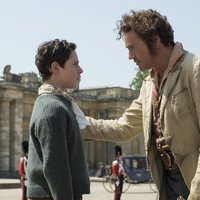 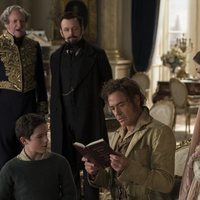 ?
Write your own 'Dolittle' review.

It's the first character of Robert Downey Jr. who is not Iron Man since 'The Judge'. The film's cast includes six Oscar winners: Rami Malek, Jim Broadbent, Emma Thompson, Octavia Spencer, Marion Cotillard and Adele. This is gonna be the fifth movie with Robert Downey Jr. and Tom Holland in the cast after 'Captain America: Civil War', 'Spider-Man: Homecoming', 'Avengers: Infinity War' and 'Avengers: Endgame'.