'The Walking Dead': The return of Lauren Cohan (Maggie) could come earlier than expected

'The Walking Dead', the series that brought zombies roaring back into fashion, has been airing on our screens for ten years, during which time many actors have made appearances in this apocalyptic vision of the United States. One of these performers is Lauren Cohan, whose exit in the ninth season left a door open for her to return to the series at some point in the future. That future may be far more foreseeable than we'd first thought, however, as it now seems that Maggie could reappear during Season 10. 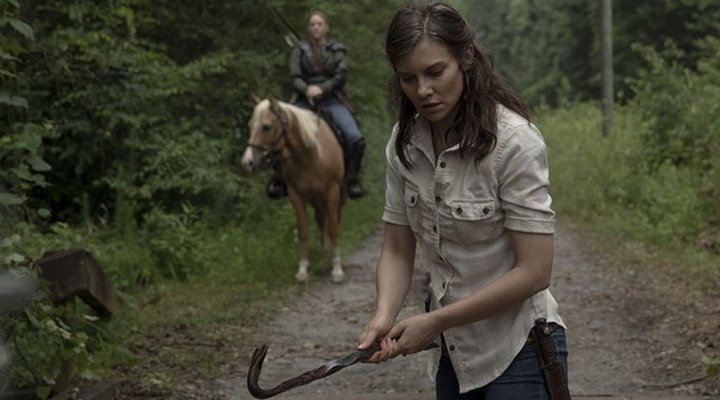 In an interview with Entertainment Weekly, the showrunner of the series, Angela Kang, stated that the actress could return for the tenth season: "We may see her at some other point this season, but I don't want to say too much about anything". Cohan said her goodbyes after the first five episodes of the ninth season, leaving the show to star in the series 'Whiskey Cavalier' broadcast by the ABC. However, the series was hit by a bout of bad luck that led to its cancellation in May.

The doors for Maggie Rhee to return to the series have always been open, especially because Kang herself is a huge fan of the character: "Maggie is a character that I've always loved writing for on the show. She's a character that I thought was just so much fun in the comic book". So as to avoid the return of the character coming completely out of the blue, the screenwriters have assured the fans that Maggie will be present in the minds of the group even before her potential arrival. "The idea that Maggie's kind of out there in the world up to things and that they're thinking about her has been seeded in for a while".

Kang is just as enthusiastic about the opportunity to work with the "warm, wonderful" Lauren Cohan again as she is for the return of a much-loved character. "We've been saying for a while that the goal was always to figure out when we can continue her story, and there were a lot of logistics that needed to be worked out. Maybe it felt like to fans nothing was happening and it was all lies. But behind the scenes there have been conversations all along", the showrunner has confirmed.

It's a rare thing to be able to have your cake and eat it, but this is exactly what has happened with 'The Walking Dead'. The San Diego Comic Con was hugely exciting for fans of the show, promising them an eleventh season of the current series, a spin-off series set 10 years after the beginning of the zombie apocalypse with a predicted release of 2020, and the series of films set to follow protagonist Rick Grimes (Andrew Lincoln). In addition to all of this, 'Fear The Walking Dead' will also continue its run, having just been renewed for a sixth season.