Actress Amy Poehler has already accumulated a loyal fan base thanks to roles in cult-classics like 'Parks and Recreation', and her comedy contributions to 'Saturday Night Live'; however, the actress has now taken her first steps as a director with new Netlfix comedy, 'Wine Country'. Written by Emily Spivey and Liz Cackowski, the film follows the story of six women who travel to Napa Valley, California for a three-day trip to celebrate their friend's 50th birthday. The trip was inspired by a real holiday taken by the stars of the film (Poehler's fellow 'Saturday Night Live' alumni) in celebration of Rachel Dratch's birthday. While the onscreen trip does not go quite as smoothly as its inspiration, the authenticity of these friendships is patent and heartwarming. 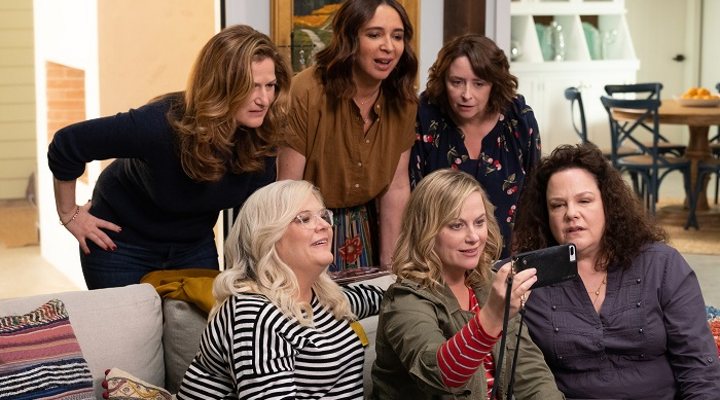 Eight years after 'Bridesmaids', a film which marked a turning point in women-led cinema, 'Wine Country' strongly recalls this outrageous all-female comedy, in a "twenty-years-later" type of way. While the story is not particularly original, it is refreshing to see a comedy which focuses on female friendships, especially those between older women. The characters, whom have been long term friends since working as waitresses for a pizza joint in Chicago, are reunited after several years, each carrying their own personal baggage which unravels along the course of the trip. The film is certainly not particularly plot-driven, instead choosing to focus on the friendship and personal development of each of the characters. As such, it would probably not have done well as a cinema blockbuster, but makes for an entertaining afternoon Netflix-flick to watch with friends (and a glass of wine or two). As well as its pretty standard plot, the characters are also fairly two dimensional, with no more than a single defining trait per woman. However, in a genre such as this, this simplicity feels intentional: a choice, perhaps, to encourage the audience to identify traits from their own gal pals in each the characters.

Poehler stars as Abby, the control freak organiser of the trip, who puts her heart and soul into meticulously planning the three days down to the minute. Rachel Dratch portrays Rebecca, a wet-leaf personal therapist, who spends the film avoiding the problems she has in her own life, and whose 50th birthday is the the motive behind this trip, much to her own reluctance. Ana Gasteyer is Catherine, the workaholic friend, and screenwriter Emily Spivey plays the flakey Jenny, who refuses to do anything outside of her own comfort zone. Maya Rudolph is (as always) the absolute star of the show. Her character, Naomi, is a dedicated mother who avoids returning a call from her doctor, fearing a terminal diagnosis. Rudolph effortlessly brings humour and charisma to every scene, without ever falling into the trap of the stereotypical overworked, middle-aged mum. 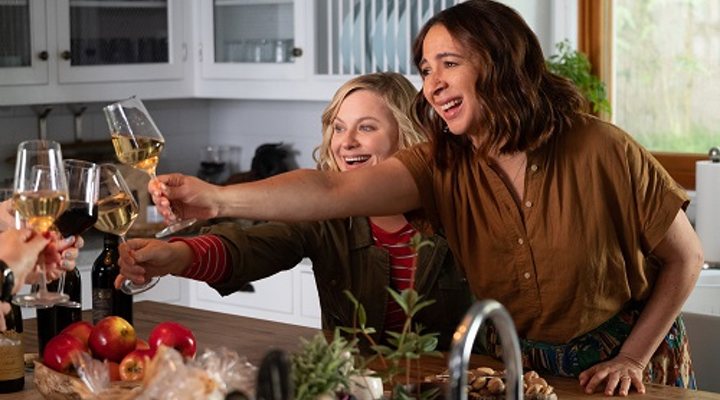 The sixth friend, played by Paula Pell, is Val, a slightly problematic lesbian owner of a vintage store in Portland; while it is positive to see gay female characters given centre stage in a mainstream comedy, the representation here feels slightly off-mark. Val spends much of the film pursuing the twenty-something year old waitress, Jade, and the entire interaction feels nothing but uncomfortable. What could have been positive exposure of gay female interaction, instead ends up perpetuating unwelcome clichés of age-gaps and predatory older lesbians. It is disappointing to see a storyline which held such potential falling into nothing more than an unimaginative (and rather damaging) stereotype.

Another character which misses the mark is that portrayed by Tina Fey. She plays the role of the socially tactless owner of the villa in which the friends are staying, and while character itself is pretty funny, the choice of Fey feels unnatural, seemingly more for the sake of her long-term friendship with Poehler, rather than aptness for the role. Fey is visibly holding back some of her natural energy in the role, making it feel a little awkward and forced.

The chemistry between the actresses is patent, and their obvious enjoyment on set translates through to the audience. The clichéd "jealousy" trait, which seems to pepper each and every cinematic presentation of female friendships, is thankfully nowhere to be seen and instead we see women who genuinely love and care for each other. It is refreshing to see a comedy which explores middle-aged women's anxieties about ageing, and which presents characters at this age who don't have everything in their lives figured out, even at the end of the film. The women are all still discovering things about themselves and dealing with personal problems, but find joy and fulfilment in their friendships. 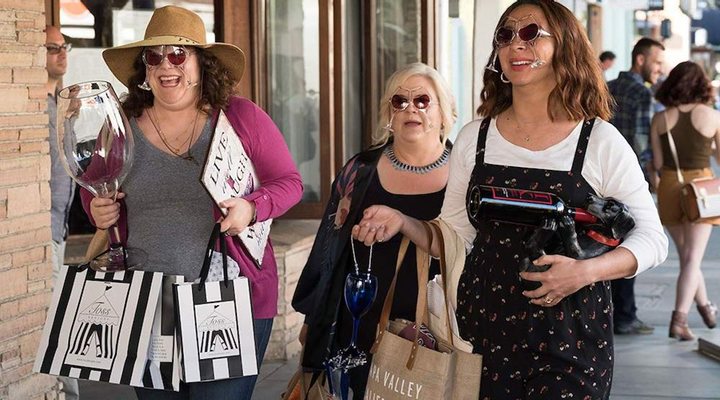 The success of a comedy basically boils down to the question: is it funny? And 'Wine Country' most certainly is. Some of the highlights include the scene with tarot-card reading, featuring a hilariously self-serious flower-child (Cherry Jones), or the trip to the organic vineyard and the passive aggressive hippie tour guide (portrayed by writer Liz Cackowski). The bearded hipster house chef (Jason Schwartzman) is a source of comedy throughout the film, mostly with jokes at the expense of the character's deluded self. The humour is largely superficial, coming from one-liners and playing into stereotypes, but nonetheless these moments are funny and entertaining.

On occasion the humour falls flat, such as when the friends attend the art show of the young-waitress whom Val is trying to win over. While at the start of the scene the mockery of the millennial, self-professed-artist might produce a few laughs, the joke ends up very overdone, culminating in nothing more than youth-bashing. In a film with such a positive message, the excessive focus on the apparently clueless and arrogant millennial generation is unnecessary and feels a tad bitter.

The film ends with the anticipated utter disintegration of the perfectly planned girls' holiday, resulting in an equally predictable heartwarming make-up between the friends. 'Wine Country' tries to be more original than it is, falling too often into genre conventions and relying too heavily on stereotypes to be a truly unique female-led comedy. However, overall it is a successful directorial debut on the part of Poehler, and an entertaining afternoon comedy to watch with friends. Time spent enjoying these witty actresses unite on screen can only be considered time well spent.