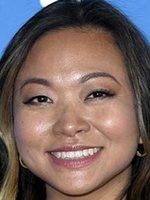 Adele Lim is a screenwriter and producer born in Malaysia who has developed her career mainly on television. She started in 'Xena: Warrior Princess' despite her resume was completely empty and from there she has been in other TV shows such as 'Las Vegas', 'One Three Hill', 'Life Unexpected' or 'Lethal Weapon'. In some of these TV shows she has also been a producer. Her first feature in the big screen was in 'Crazy Rich Asians'. Apparently she won't wrrite the sequel due to she was offered less money than her colleague, the screenwriter Peter Chiarelly. Her next project is 'Raya and the Last Dragon', the Disney animation movie.

Adele Lim has been active for 3 years, participating in 2 movies that average a 8.1/10 score.

Raya and the Last Dragon