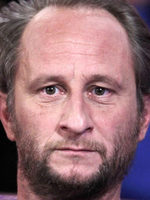 Benoît Poelvoorde is a Belgian actor and comedian who for years has filled the screens of our movie theaters laughter. Endowed theater and atypical interpretations, began as a photographer until he gradually began to discover his passion: acting. The fame you get started with comic roles as 'Asterix at the Olympics' where he plays the role of Brutus. This led him to be able to interpret most important roles as running in 'Coco Before Chanel' where stars alongside Audrey Tautou, French star consecrated. An actor can play both drama and comedy.

Benoît Poelvoorde has been active for 14 years, participating in 9 movies that average a 6.3/10 score.

Do You Do You Saint-Tropez