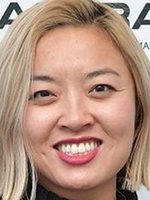 After dedicating herself to journalism, Cathy Yan has dedicated herself to directing several shorts. His debut in the feature films was with 'Dead Pigs' in Shanghai. In 2018 she became the second female director in the DC universe for 'Birds of Prey'.

Cathy Yan has been active for 1 years, participating in 1 movies that average a 6.5/10 score.