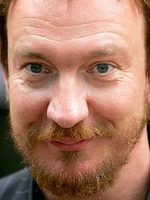 David Thewlis, né David Wheeler, is a British actor, author and short-film director worldwide known for playing Professor Remus Lupin in the 'Harry Potter' films. He graduated at the Guildhall School of Music and Drama in London in 1984. His artistic career began in the 80s when he appeared in several minor roles in British sitcoms. In 1993 he participated in Mike Leigh's film 'Naked' as the main character. That was his breakout role for which he won several awards including Best Actor award at Cannes Film Festival. Recently he participated in Spanish director Alejandro Amenábar's new film 'Regression'.

David Thewlis has been active for 25 years, participating in 30 movies that average a 7.0/10 score.

The Conjuring 2: The Enfield Poltergeist