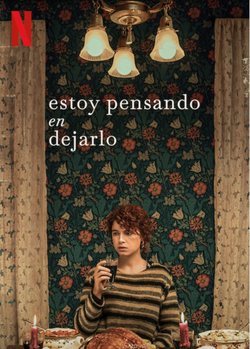 I'm Thinking of Quitting' is directed and written by Charlie Kaufman ('Synecdoche, New York', 'Eternal Sunshine of the Spotless Mind', 'Anomalisa') based on the book of the same name by Iain Reid. The plot sets a young woman, played by Jessie Buckley ('Wild Rose', 'Beast', 'Judy'), on a road trip with her partner, played by Jesse Plemons ('The Irishman', 'Game Night', 'Battleship'), to her family's farm. There they find themselves trapped by a snowstorm with their mother, played by Toni Collette ('Little Miss Sunshine', 'Hereditary', 'The Sixth Sense'), and their father, played by David Thewlis ('Defenseless', 'The Prophecy', 'Harry Potter and the Deathly Hallows'), of Jake, the groom. It is in this situation that the woman begins to question everything she thought she knew about Jake, the world, and herself. Shame, regret and the fragility of human nature are explored. The cast includes Jason Ralph ('The Most Violent Year', 'The Magicians', 'Aquarius'), Colby Minifie ('Jessica Jones', 'Nurse Jackie', 'The Boys'), Abby Quinn ('The Journey is the Destination', 'Better Call Saul'), 'Tangles and Lies'), Guy Boyd ('Foxchatcher', 'Return of a Soldier', 'Scrap'), Hadley Robinson ('Little Women', 'Utopia', 'Moxie') and Teddy Coluca ('Blacklist', 'The Comedian', 'Rockefeller Plaza') among others. 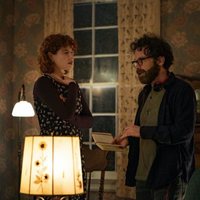 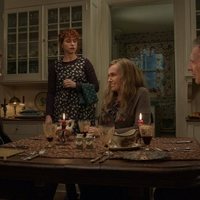 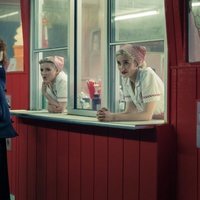 ?
Write your own 'I'm Thinking of Ending Things' review.