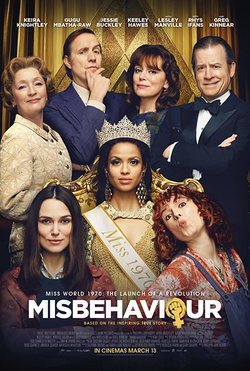 'Misbehaviour' follows Sally Alexander (Keira Knightley, 'Official Secrets') and her fellow members of the Women's Liberation Movement decide to protest against the 1970 Miss World competition, the most-watched television show on the planet, in an attempt to speak out against sexism and unfair beauty standards. Their plan is to invade the stage during the show's live broadcast, forcing the world to take notice of the double standards that face women everywhere. Meanwhile, backstage, Miss Grenada, Jennifer Hosten (Gugu Mbatha-Raw, 'The Morning Show'), considers what it means to be one of the first black candidates at the pageant. What Sally and the rest of the movement consider objectification, Jennifer sees as an opportunity for young black women to see themselves represented in the media for the first time. As these two storylines come together, the world watches as both the protestors and contestants fight to undermine the patriarchy in their own ways. 'Misbehaviour' is directed by Philippa Lowthorpe ('The Crown') and was written by Rebecca Frayn ('The Lady') and Gaby Chiappe ('The Level'). Joining the cast are Jessie Buckley ('Wild Rose'), Keeley Hawes ('Bodyguard'), Greg Kinnear ('As Good as It Gets'), Rhys Ifans ('Notting Hill'), Lesley Manville ('Phantom Thread') and Loreece Harrison ('Black Mirror'). 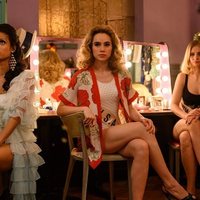 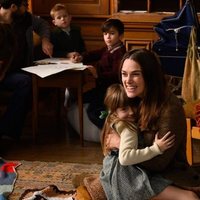 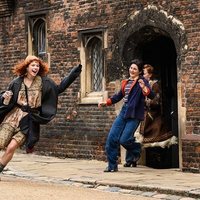 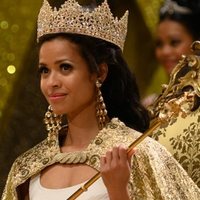 ?
Write your own 'Misbehaviour' review.