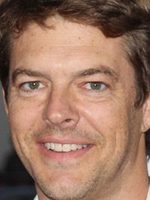 Jason Ferus Blum is an American film producer, founder and CEO of Blumhouse Productions. Known for his low-budget productions in the horror genre: 'Insidious', 'Sinister', 'Paranormal Activity'. All of them performed surprisingly well commercially and critically, gaining in some cases up to 15 times the budget. He has produced films of other genres such us the awarded 'Whiplash' (Oscar for Best Actor, Best Editing and Best Sound Mixing), 'The Reader' (Best Actress) and the television film 'The Normal Heart' (Emmy for Best Television Film and Golden Globe for Best Supporting Actor in Television).

Interview with Jason Blum ('Get Out')

Jason Blum ('The Forever Purge'): "It's the scariest 'Purge' we made"