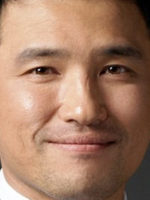 Jeong-min Hwang is a South Korean actor who made ??his film debut in the 90s with films like 'Janggunui adeul', 'Sanbuingwa' o 'Shiri'. Since then he has focused his career on the big screen, starring only in a television series titled 'The Accidental Couple (That Fool)'. He is known for films such as 'Dancing Queen', 'New World', 'A bittersweet life', 'Naesaengae gajang areumdawun iljuil', 'Kkotgwa sijak' or more recently 'Ode to my father' in which he plays Duk-soo one twelve year old boy who agrees to take care of his family after the disappearance of his father when the Korean War broke out in 1950.

Jeong-min Hwang has been active for 22 years, participating in 4 movies that average a 5.6/10 score.

Ode to My Father