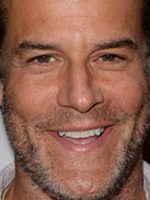 Josh Stamberg was born in Washington D.C., at the George Washington Hospital. His father is Louis C. Stamberg, and retired employee at the State Department, and his mother is Susan Stamberg, the first host at NPR's "All Things Considered", currently is an special correspondent. He attend at The Maret School from 4th to 12th grades, finally he graduated from University of Wisconsin-Madison. At this University He studied Philosophy and Acting and He was a member of the university soccer team. Some of his most important roles was in films like 'J. Edgar' or 'Kate & Leopold'. At television we saw him recently at series as 'Castle' or 'The Affair'.

Josh Stamberg has been active for 20 years, participating in 4 movies that average a 5.9/10 score.