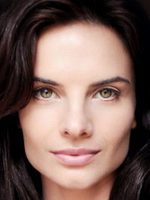 Kendal Rae is an australian actress, with works in movies, television and theater. Currantly she lives in Los Angeles, USA. In television she appeared in series such as 'Mixology' or '2 Broke Girls'. In 2015 we could see her in 'Life', alongside Robert Pattinson and Dane DeHaan.

Kendal Rae has been active for 7 years, participating in 1 movies that average a 6.5/10 score.