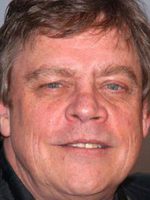 Mark Richard Hamill (born September 25, 1951) is an American actor, writer, producer, and director. He is best known for his portrayal as Luke Skywalker in the original 'Star Wars trilogy' (1977-1983), a role he will be reprising in the upcoming film 'Star Wars: The Force Awakens' (2015). Hamill has also ventured into voice acting, and has voiced the Joker in various Batman animations, beginning with 'Batman: The Animated Series' in 1992. Mark Hamill was born in Oakland, California, and raised in Virginia. He is a son of Virginia Suzanne (née Jonson) (1927-1998) and William Thomas Hamill (b. 1927), who was a Captain in the U.S. Navy. He is one of seven children, including two brothers, Will and Patrick, and four sisters, Terry, Jan, Jeanie, and Kim. His mother was of half Swedish descent. When Hamill was a child, his father's career forced the family to move on numerous occasions, and he subsequently attended different schools. In his elementary years, he went to Walsingham Academy and Poe Middle School. At age 11, he moved to the 5900 block of Castleton Drive in San Diego, California, where he attended Hale Junior High School. During his first year at James Madison High School, his family moved to Virginia where he attended Annandale High School. By his junior year, his father was stationed in Japan, where Hamill attended and graduated from Nile C. Kinnick High School in Yokosuka and was a member of the Drama Club. He later enrolled at Los Angeles City College and majored in drama.

Mark Hamill has been active for 44 years, participating in 12 movies that average a 6.9/10 score. 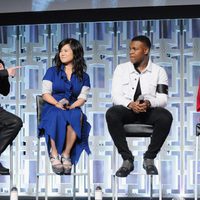 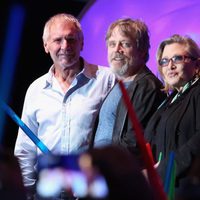 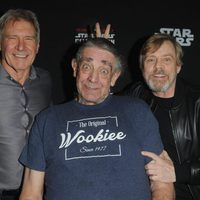 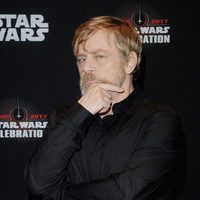 Mark Hamill talks 'Star Wars: The Last Jedi' and why he doesn't like the new Luke

Mark Hamill reunites with Yoda on 'The Last Jedi'