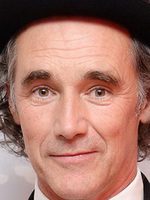 Mark Rylance was born in 1960 in the United Kingdom. But he didn't lived there long, because when he was two years old his family emigrated to the United States. He studied for two years at the prestigious Royal Academy of Dramatic Art and soon he went to work at the Glasgow Citizens Theatre. Since then he has not stopped. We have seen both film and television. On the big screen include his roles in 'Bridge of Spies', directed by Steven Spielberg 'Days and Nights' by Christian Camargo, 'The Other Boleyn Girl' by Justin Chadwick and 'Anonymous' by Roland Emmerich. On television he has played, among other roles, Thomas Cromwell in 'Wolf Hall' and Dr David Kelly in 'The Government Inspector'. Regarding the theater career of Mark Rylance, it is well known for his passion for Shakespeare's works. In fact, he has participated in more than 50 productions of works by the famous author and contemporary artists.

The Trial of the Chicago 7

Bing at the cinema 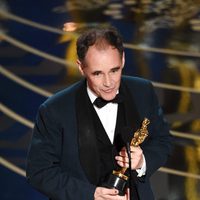 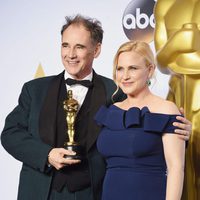 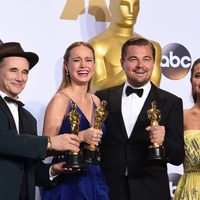 His grandmother was Irish. When he won his Tonys in 2008 and 2011, he didn't give standard acceptance speeches or thank people. Instead, both times he gave Zen-like, non sequitur recitations of works by poet Louis Jenkins. In 2008, he recited "Backcountry". In 2011, he recited "Walking Through a Wall". In 1989, played both Hamlet and Romeo in repertoire for the Royal Shakespeare Company.