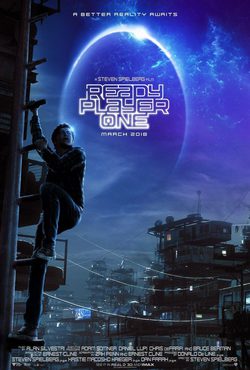 Steven Spielberg returns to science fiction films with a dystopian and futuristic story, set in 2045. The world has changed, the fossil fuels have been seriously depleted and the cost of fuel is exorbitant. Without any hope because of the poverty and grief, society is playing a virtual reality video game named OASIS, in which the users can do much more than in their boring ordinary life. But, when the millionaire creator and founder of OASIS dies, he hides special and mysterious "easter egg" in the game: whichever digital geek finds this hidden treasure digital geek will inherit his fortune. Everyone soon starts to live between reality and virtuality to find the treasure. After five years, the main character Wade Watts, now important gamer in the video game and has many enemies. Wade manages to uncover one of the puzzles that bring him closer to the reward, commencing a horrible competition between the Sixers, the employees from IOI that want control over OASIS; and the Gunsters, the rest of the people. The treasure soon becomes invaluable since, for those who seek it, the only chance of survival is to win. The story is based in the successful novel of the same title, written by Ernest Cline, who has also had a major role in the writing of the screenplay along with Zack Penn.The film is directed and produced by Steven Spielberg, and also produced by Donald De Line. The two have been working together on this film for a while. The film endeavors to show us how the futuristic society confront their difficulties (that maybe one day all of us will live with). Tye Sheridan plays the young Wade Watts. Other actors include: Olivia Cooke, T. J. Miller, Hannah John-Kamen, Julia Nickson, Mark Rylance, Ben Mendelsohn, Letitia Wright, Simon Pegg, Lena Waithe, Sara Sharman Kiera Bell and Kae Alexander. Hide full plot... Show full plot

'Ready Player One' - Come With Me tráiler

'Ready Player One' first trailer released at the Comic-Con 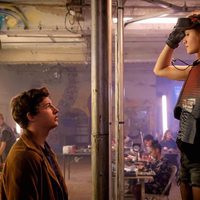 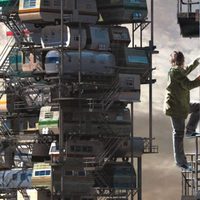 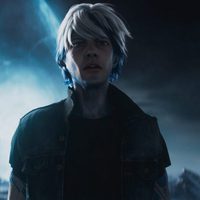 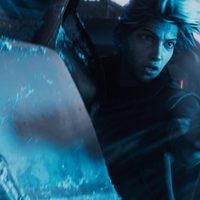 ?
Write your own 'Ready Player One' review.

Ready Player One (2018) was scheduled to be released on December 15, 2017. The date was pushed back until March 30, 2018 to avoid competition with Star Wars: The Last Jedi (2017). Christopher Nolan, Robert Zemeckis, Matthew Vaughn, Peter Jackson, & Edgar Wright were all considered to direct this film. Steven Spielberg's first science fiction film since War of the Worlds (2005).