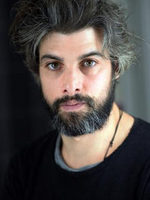 He is an French actor with a long career in performance's world, as much theatre, with more of 30 performs behind his back, as much TV shows, cinematographic shorts movies and he had worked in more of 15 films. He is in the cinematographic world since 1995.

Micha Lescot has been active for 6 years, participating in 3 movies that average a 6.8/10 score.