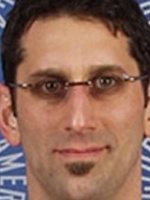 Michael Engler is an American theater, television and film director. Engler is known for his work on well-known TV shows like 'The West Wing', 'Six Feet Under', 'Sex and the City', 'Rockefeller Plaza', and 'Downton Abbey'. Due to his experience working on the British period drama, Focus Features, the production company behind the film adaptation of the series, has chosen him as director for the film.

Michael Engler has been active for 2 years, participating in 1 movies that average a 6.8/10 score.