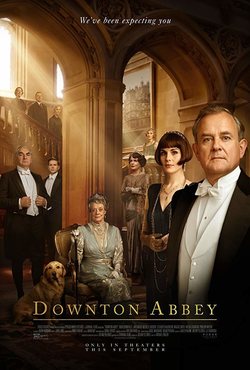 The Crowley family is back, and in this occasion they go from the tc screen where we first met one of the most beloved families of Great Britain to the movie theater. Downton Abbey receives in this movie a royal visit: it is the year 1927 (one year after the ending of the tv series) and king George VI and Mary of Teck visit the family mansion for a special that will turn upside down the lives of everyone in the household, from the aristocracy to the service. Sequel to the popular British TV series that aired from 2010 to 2015. This film is written and directed by Julian Fellows and Michael Engler, screenwriter and director of the TV show, and it will work as a continuation to 'Downton Abbey', taking the story forward from the point where the series left. The film will has the same team, including creator Julian Fellows, from the series behind the camera and it will see the return of the cast, including Hugh Bonneville on this role of Robert Crawley, Michelle Docker as Lady Mary, Allen Leech as Tom Branson, Tuppence Middleton as Lucy, actress Maggie Smith as Violet Crawley, Dowager Countess of Grantham, and the couple of Joanne Froggat and Brendan Coyle as Anna and John Bates. The film will be produced by Focus Features and distributed by Universal. Hide full plot... Show full plot

'Downton Abbey' featurette: Who is who 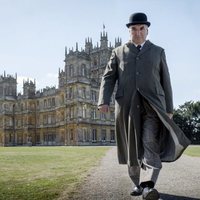 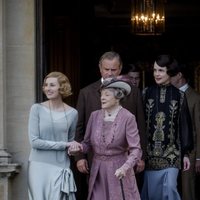 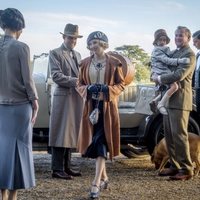 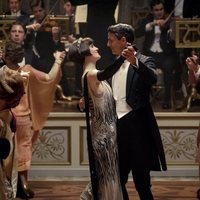 ?
Write your own 'Downton Abbey' review.

The royal visit of George V to Downton Abbey was based on his real-life visit to Wentworth Woodhouse in Yorkshire which was used in the film for the ballroom scenes. Mark Addy, who portrayed 'King Robert Baratheon' on 'Game Of Thrones', plays Mr. Bakewell in the film. This makes him the 8th actor to have appeared in "Game Of Thrones" and 'Downton Abbey'. Actors Imelda Staunton and Jim Carter are married in real life.