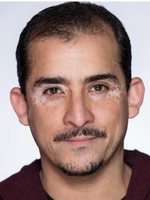 Nabil Elouahabi has been active for 19 years, participating in 6 movies that average a 6.7/10 score.