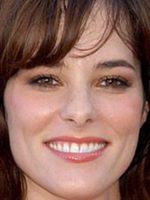 American actress Parker Posey has an extensive career in film and television, which began with her participation in the long-running television series 'As the World Turns'. In addition to her numerous appearances on the small screen in fictions like 'Will and Grace', 'Boston Legal' or ' The Good Wife', she has lent his voice to characters in animated series as well known as 'The Simpsons' and 'Futurama'. He has also done several works for the big screen, most notably his involvement in films like 'Blade: Trinity', 'Superman Returns (Return)', 'Spring Breakdown' or, more recently, the film directed by Woody Allen, 'Irrational Man'.

Parker Posey has been active for 22 years, participating in 12 movies that average a 5.7/10 score.