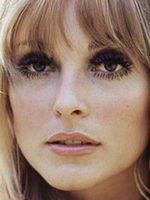 American actress and model of the 60s years who became to be nominated to the Golden Globe by her interpretation in the film 'The valley of the dolls'. She got married with Roman Polanski in 1968 and she was murdered by the organization of the Charles Manson's followers: The Family, in 1969 while she was in pregnant.