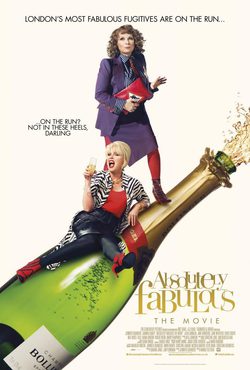 Jennifer Saunders created 'Absolutely Fabulous', a series full of multiple nods to the popular culture of the 90's and the base of this film. Edina Monsoon is a mature woman who lives free and carefree and giving up the pleasures that gives life herself. Next to her is her best friend Patsy, a woman "cougar" who flirts with boys and has a very intense sexual life. Both will embark on a much more ambitious adventure, now on the big screen. They revive the youth who lost and have a lot of alcohol, plastic surgeries, parties, lag and lots of fun. A lifestyle that horrify Saffron, suffered daughter Edina. Directed by Mandie Fletcher and starring Jennifer Saunders, Joanna Lumley, Julia Sawalha, June Whitfield, Jane Horrocks, Kathy Burke, Celia Imrie and Janette Tough.

Mandie Fletcher: "There is a lack of comedy films"

Jennifer Saunders and Joanna Lumley: "Our characters are almost cartoons" 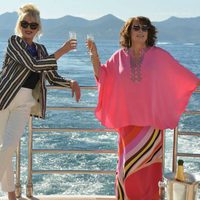 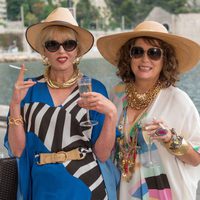 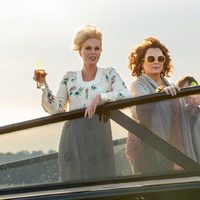 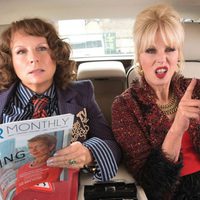 ?
Write your own 'Absolutely Fabulous: The Movie' review.

On a London cinema, a two old ladies were expelled from the movie screening for laughing too noisy. Even though it was rumored that Kim Kardashian would have a role in the movie, the creator Jennifer Saunders said "That's internet bullshit. She will never appear on one of my films". 90 drag queens appear on the movie.