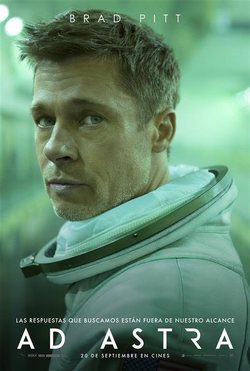 In the near future, the Earth is being repeatedly struck by mysterious bursts of gamma rays referred to as the 'Surge' that threaten to wipe out all life on the planet. Astronaut Major Roy McBride (Brad Pitt, 'Once Upon a Time in Hollywood') is a man so stoic and cool under pressure that his heart rate never exceeds 80 BPM and his wife, Eve (Liv Tyler, 'Harlots'), left him due to his apparent inability to connect with her. Twenty years after his father H. Clifford McBride (Tommy Lee Jones, 'The Fugitive') left on a one-way mission to Neptune in order to find signs of extra-terrestrial intelligence, Roy is informed that the source of the surges is the 'Lima Project' base on Neptune, a project in which Roy's father was heavily involved. When a SpaceCom officer tells Roy that Clifford could still be alive, Roy agrees to go on a mission to Mars to try and communicate with the father he hasn't seen nor spoken to since he was sixteen years old. His father's old colleague, Colonel Pruitt (Donald Sutherland, 'The Hunger Games') is tasked with helping him. Whether or not Clifford has found signs of non-human life out there, Roy is determined to bring him back and to prevent a catastrophic disaster that could destroy all traces of human existence. 'Ad Astra' is directed by James Gray ('The Lost City of Z') and was written by Gray and Ethan Gross ('Fringe'). Hide full plot... Show full plot 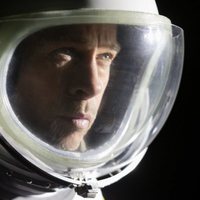 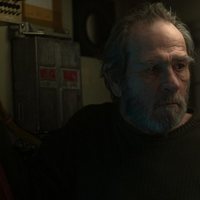 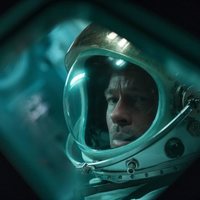 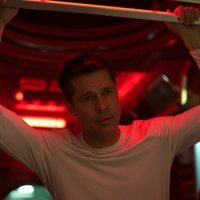 ?
Write your own 'Ad Astra' review.

"The movie title means "to the stars" in Latin, usually it was said in the whole sentence "per aspera ad astra" (through hardships to the stars)."

The title means "to the stars" in Latin. It is often used as a shorthand for "Per Aspera Ad Astra" (Through the hardships to the Stars). Director James Gray admitted to Empire magazine that he had to compromise with the studio on the ending of the movie to get the film green-lit and even with a major star/producer like Brad Pitt on board they still struggled for years to get it made. Tommy Lee Jones is actually only 16 years older than Brad Pitt.