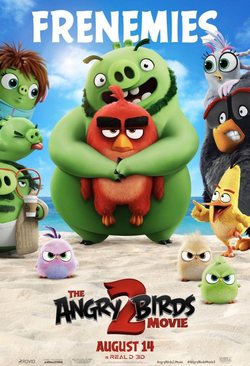 'Angry Birds 2' is the sequel to the 2016's animated feature film 'Angry Birds', which was based on the smartphone app that hooked the nation. In this second instalment, Red (Jason Sudeikis, 'Booksmart', 'We're the Millers') is no longer the angry, belligerent bird he once was now that he has the other birds on his side and is hailed as a hero for saving their island from the green pigs. This changes when a new heavily feathered foe, Zeta (Leslie Jones, 'Ghostbusters', 'Masterminds'), the leader of an icy island who dreams of creating a new paradise, declares war on pigs and birds alike by throwing ice catapults at them both. Bird Island and Pig Island, despite their former enmity, must band together to defeat their common enemy and stop their icy neighbours from taking over. Together, Red, Chuck (Josh Gad, 'Frozen', 'Beauty and the Beast'), Bomb (Danny McBride, 'The Righteous Gemstones', 'Vice Principals'), Leonard (Bill Hader, 'It 2', 'Trainwreck'), Silver (Rachel Bloom, 'Crazy Ex-Girlfriend', 'Robot Chicken') and Courtney (Awkafina, 'The Farewell', 'Crazy Rich Asians') set out to stop Zeta before it's too late for them all. 'Angry Birds 2' is directed by Thurop Van Orman and John Rice, and is written by Peter Ackerman, Eyal Podell and Jonathon E. Stewart. 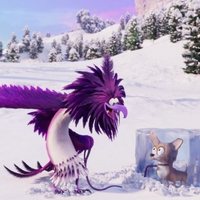 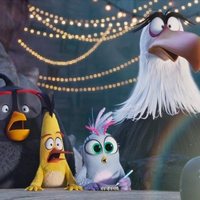 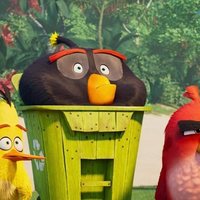 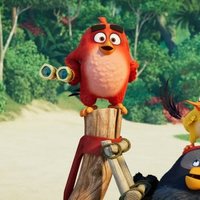 ?
Write your own 'Angry Birds 2' review.