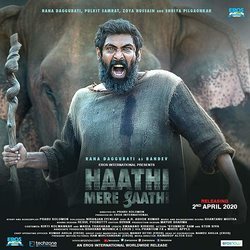 'Aranya' is a trilingual film (Hindi, Tamil and Telugu) inspired by the slaughter of elephants by hunters in Kaziranga, Assam. It follows a man named Bandev (Rana Daggubati, 'Bahubali: The Beginning', 'Leader', 'Baby') as he decides to dedicate himself to protecting wildlife by relocating to the jungle, where he attempts to ward off anyone and anything that poses a threat to the safety of the animals. As tensions surge, Bandev has no choice but to get involved in the wider conflict surrounding what rights humans have to wild animals and the natural world. Based on tragic true events that continue to rock the flora and fauna of the world, 'Aranya', also known as 'Haathi Mere Saathi' is directed by Prabu Solomon ('Mynaa', 'Kumki', 'Kaadan'). The film is written by Ravi Bhushan Kumar ('The Dream Job', 'Oskar', 'Smell') and is executive produced by Ajay Rai ('Gangs of Wasseypur', 'Ghost Stories', 'Token'). Joining the cast of what is slated to be a memorable adventure film of 2020 are Shriya Pilgaonkar ('Beecham House', 'Smile Please', 'House Arrest'), Zoya Hussain ('Mukkabaaz', 'Laal Kaptaan', 'Teen Aur Aadha'), Pulkit Samrat ('Bittoo Boss', 'Jai Ho', 'Made in Heaven'), Paras Arora ('Mahabharat', 'Udaan', 'Veer Shivaji') and Rakiv Kachroo ('Sense8', 'The Ghazi Attack', 'Yeh Meri Family'). Hide full plot... Show full plot 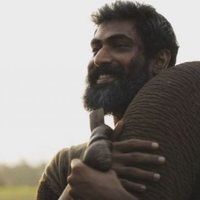