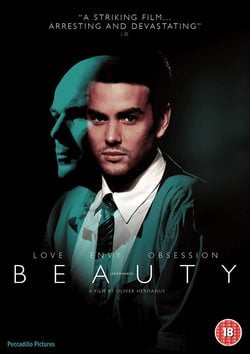 Exhibited in Un Certain Regard section of the 64th Cannes Film Festival, where the film won Queer Palm, in addition to achieving a Special Mention at the 2011 Zurich Film Festival, 'Beauty' tells François' life, a middle-aged man, devoted husband and father, businessman and with a peaceful life in Bloemfontein, South Africa. However, within him he conceals passions that are forbidden in life and which he represses the very depths of his soul. In a party, François meets Christian, a 23-yeras old college student who is the son of an old friend whom he has not seen for a long time. The boy is handsome, virile and very attractive, which will cause François to dazzle before him, causing him to begin to feel desires that had been repressed for some time. However, this repression will cause his tormented mind to not channel new feelings. Selected as the South African entry for the Best Foreign Language Film at the 84th Academy Awards Hide full plot... Show full plot

?
Write your own 'Beauty' review.