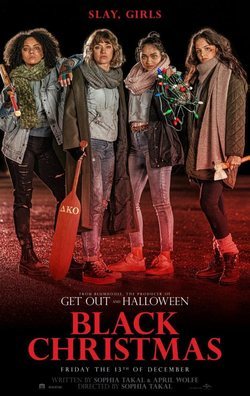 'Black Christmas' is the remake of the 1974 classic terror film directed by Bob Clark. Hawthorne University is about closing its doors for the Christmas Holidays and Riley Stone ('Green Room') and her sorority sisters from Mu Kappa Epsilon sisterhood, the athlete Marty (Lily Donoghue, 'Jane The Virgin'), the rebel Kris (Aleyse Shannon, 'Charmed') and the pleasure-seeking Jesse (Brittany O'Grady, 'Star'), are going to prepare a Christmas party to celebrate the end of the semester. In the midst of the festive celebrations, Helena, a friend of the girls, decides to leave the party alone. Though some of the girls think that this is a terrible plan, others are convinced that it's an overreaction. The latter group is proven wrong when a masked murderer crosses Helena's path and starts to kill every Mu Kappa sister one by one. As the number of victims continues to grow, Riley and her friends start to doubt if they can trust any man, even Nate (Simon Mead 'Same but Different: A true New Zealand Love Story'), Marty's boyfriend, andLandon (Caleb Eberhardt), Riley's boyfriend. They also become suspicious of their beloved admired classic literature professor, Gelson (Cary Elwes), as it starts to seems as though this series of murders is intertwined with the traditions of the old university. Hide full plot... Show full plot 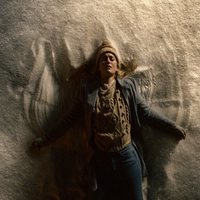 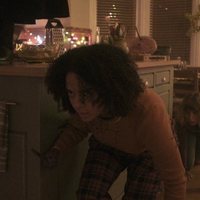 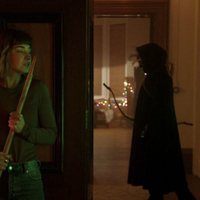 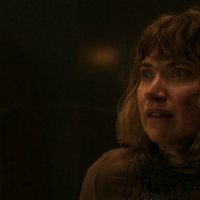 ?
Write your own 'Black Christmas' review.

This will be the first "Black Christmas" film in which Bob Clark was not involved in the production process, as Clark had died in 2007. Bob Clark had produced and directed the original Navidades negras (1974), and had been an executive producer on the remake of Negra Navidad (2006) First "Black Christmas" film to not feature actress, Andrea Martin The film is the second remake of the original 1974 film directed by Bob Clark.