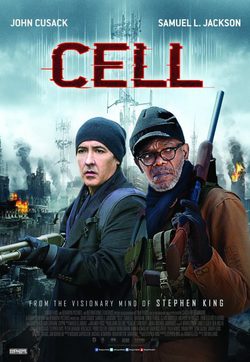 In a world where there are more than six billion phones that keep us in touch with each other, any attack that uses them as weapons will have an immediate and catastrophic effect. It is that what tells Tod Williams in 'Cell', an apocalyptic drama focuses on Clay Riddell, a father who after hanging up the phone to her child sees how everyone around him starts to react violently, to lose control of their body. That's when Riddell discovers the cause of all this chaos: the phones. He begins a relentless pursuit of his son, having to deal with violent beings who have become because of their phones. The film is based on a novel by Stephen King and is starring by John Cusack, Samuel L. Jackson and Isabelle Fuhrman. 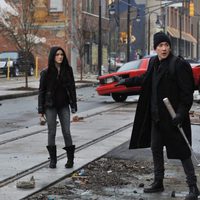 ?
Write your own 'Cell' review.

Stephen King announced in 2009 that he had written a screenplay for the movie and had created a new ending based on reader complaints about the book's original ending. This makes the second Stephen King movie for the duo of Cusack and Jackson; the first being '1408' (2007). It also makes John Cusack's third Stephen King movie, the first being 'Stand by Me' (1986), based on 'The Body'. Eli Roth was going to write and direct the adaptation but dropped out, due to creative differences.