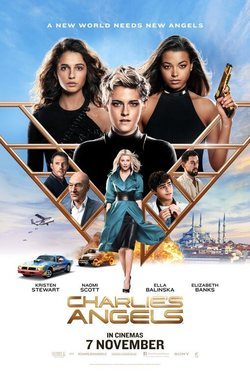 The new generation of the fearless and brave Charlie's Angels arrives with a whole new crew, this time around formed by Elena (Naomi Scott, 'Aladdin'), Sabina (Kristen Stewart, 'Cafe Society') and Jane (newcomer Ella Balinska). In this reboot, Elena is an intelligent and innovative systems engineer constantly overlooked by her colleagues. After helping to create Calisto, a new type of sustainable energy technology, Elena speaks up about her worries about what would happen if such a product were ever to be weaponised. When her protests make her a target, Sabina and Jane band together to recruit the scientist-slash-inventor to the elusive secret agency that continues to expand internationally and protect citizens across the world from all kinds of dangers. Under the leadership of the mysterious Charles Townsend, the agency has now established various groups of angels led by different Bosleys, including Patrick Stewart ('X-Men' saga, 'Star Trek') and Djimon Hounsou ('Guardians of the Galaxy'). Elena's new team is headed by Rebekah "Bosley" (Elizabeth Banks, 'What to expect when you're expecting'). Together, the Angels and Bosley must work out who wants Elena dead and why before the raw power of Calisto is harnessed by forces who would use it for evil. Elizabeth Banks also serves as director and writer behind this reboot, based on the idea by Evan Spiliotopoulos and David Auburn. Drew Barrymore returns as executive producer. Hide full plot... Show full plot 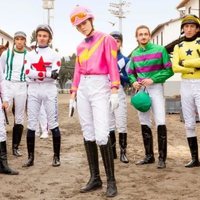 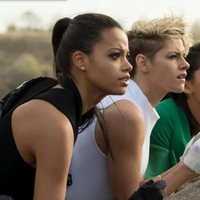 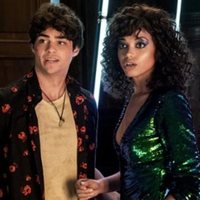 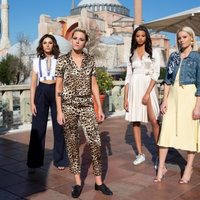 ?
Write your own 'Charlie's Angels' review.

Lupita Nyong'o was rumored for a role like an angel in the film. This is the second collaboration between Naomi Scott and Elizabeth Banks, after 'Power Rangers', playing Kimberly (Power Ranger rose) and Rita Repulsa, respectively. Kristen Stewart and Sam Claflin were previously cast in the movie 'Snow white and the huntsman' .