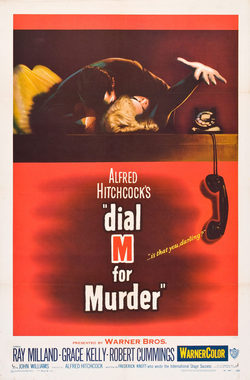 The movie tells the story of Tony Wendice, a cold and calculating former professional tennis player, who wants to murder his beautiful and rich wife Margot, because she is being unfaithful with Mark Halliday. They even bequeathed to raise abandon him. But this is not the only reason why he wants to kill his wife, what he most want is to stay with his fortune. To carry out his plan, blackmails an old comrade in the army, and draw a plan in which the other man will enter his house and strangle Margot while he is away from home, in a bar where everyone can see it and exonerate. However, the perfect plan doesn't go as Tony has waited and his wife survive from the attack. The police begin to investigate and Margot has much to say.

?
Write your own 'Dial M for Murder' review.