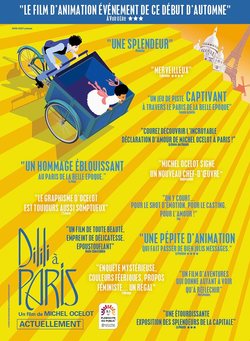 Year 1900. In the Paris of the Belle Époque, Dilili, a mixed-race girl from New Caledonia, befriends Orel, a young delivery boy who carries the orders on his motorcycle. Together they will investigate a series of mysterious disappearances of little girls and young women, which has caused fear in the French capital. In their research, Dilili and Orel will meet famous figures who converged in Paris during the era, such as the painters Picasso, Toulouse-Lautrec, Monet and Renoir; or the sculptors Rodin, Camille Claudel and Modigliani; composers such as Claude Debussy and Erik Satie, writers such as Colette, Marcel Proust and Aristide Bruand; scientists and engineers such as Marie Curie, Louis Pasteur or Gustave Eiffel; artists such as Emma Calvé, Sarah Bernhardt or Chocolat; or feminist figures such as the activist Louise Michel. They will all help Dilili find those who are behind the disappearances of girls and young women. A powerful argument about the figures of women who made history at the beginning of the 20th century. 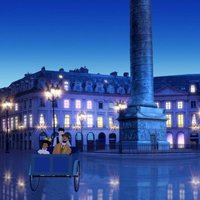 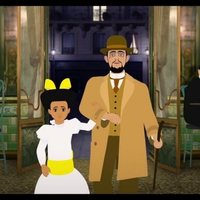 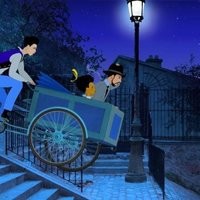 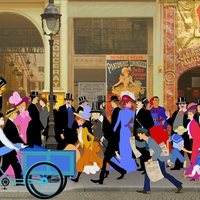 ?
Write your own 'Dilili in Paris' review.

The sets of the film are composed of reworked photographs of real Parisian places. Michel Ocelot has been tracking for 4 years during which he took pictures of the capital very early to have an almost empty city, which allowed to limit the number of items to disappear later in the photo. Michel Ocelot had access, to his great surprise, to private buildings, museums and public places. He was able to visit the Sewers of Paris, the Orsay Museum, the Museum of the School of Nancy, the Carnavalet Museum, the Rodin Museums, the Quai Branly Museum, the Marmottan-Monet Museum and the Opera House. from Paris. The script contains many allusions to celebrities, but also to the everyday realities of Belle Époque Paris.